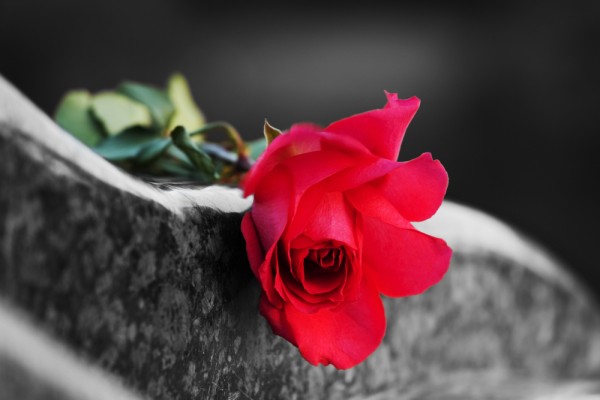 A reader pointed out to me this past week that the personal computer is well over 30 years old -- a number that has real consequence if you are familiar with my work. He remembered I predicted in 1992 that PCs as we knew them would be dead by now.

I was obviously a little off in my timing. But only a little off. PCs are still doomed and their end will come quicker than you think.

Here’s what I wrote in my book Accidental Empires in 1992:

It takes society thirty years, more or less, to absorb a new information technology into daily life. It took about that long to turn movable type into books in the fifteenth century. Telephones were invented in the 1870s but did not change our lives until the 1900s. Motion pictures were born in the 1890s but became an important industry in the 1920s. Television, invented in the mid-1920’s, took until the mid-1950s to bind us to our sofas.

We can date the birth of the personal computer somewhere between the invention of the microprocessor in 1971 and the introduction of the Altair hobbyist computer in 1975. Either date puts us today (1992, remember) about halfway down the road to personal computers’ being a part of most people’s everyday lives, which should be consoling to those who can’t understand what all the hullabaloo is about PCs. Don’t worry; you’ll understand it in a few years, by which time they’ll no longer be called PCs.

By the time that understanding is reached, and personal computers have wormed into all our lives to an extent far greater than they are today, the whole concept of personal computing will probably have changed. That’s the way it is with information technologies. It takes us quite a while to decide what to do with them.

Radio was invented with the original idea that it would replace telephones and give us wireless communication. That implies two-way communication, yet how many of us own radio transmitters? In fact, the popularization of radio came as a broadcast medium, with powerful transmitters sending the same message -- entertainment -- to thousands or millions of inexpensive radio receivers. Television was the same way, envisioned at first as a two-way visual communication medium. Early phonographs could record as well as play and were supposed to make recordings that would be sent through the mail, replacing written letters. The magnetic tape cassette was invented by Phillips for dictation machines, but we use it to hear music on Sony Walkmans. Telephones went the other direction, since Alexander Graham Bell first envisioned his invention being used to pipe music to remote groups of people.

The point is that all these technologies found their greatest success being used in ways other than were originally expected. That’s what will happen with personal computers too. Fifteen years from now, we won’t be able to function without some sort of machine with a microprocessor and memory inside. Though we probably won’t call it a personal computer, that’s what it will be.

We still rely on devices with processors and memory, they are just different devices.  The mobility trend has been clear for years with notebooks today demanding larger market share than desktops. And one thing significant about notebooks is they required of us our first compromise in terms of screen size.  I write today mainly on a 13-inch notebook that replaced a 21-inch desktop, yet I don’t miss the desktop. I don’t miss it because the total value proposition is so much better with the notebook.

I wouldn’t mind going back to that bigger screen, but not if it meant scrapping my new-found mobility.

Now extend this trend another direction and you have the ascendant smart phone -- literally a PC in your hand and growing ever more powerful thanks to Moore’s Law.

What’s still missing are clearcut options for better I/O -- better keyboards and screens or their alternatives -- but I think those are very close. I suspect we’ll shortly have new wireless docking options, for example.  For $150 today you can buy a big LCD display, keyboard and mouse if you know where to shop.  Add wireless docking equivalent to the hands-free Bluetooth device in your car and you are there.

I’d be willing to leave $150 sitting on my desk if doing so allowed me to have my computing and schlepp it, too.

Or maybe we’ll go with voice control and retinal scan displays. No wonder Google is putting so much effort into those glasses.

The hardware device is becoming less important, too.  Not that it’s the thin clients Larry Ellison told us we all needed back in 1998. What matters is the data and keeping it safe, but the cloud is already handling that chore for many of us, making the hardware more or less disposable.

What’s keeping us using desktops and even notebook, then, are corporate buying policies, hardware replacement cycles and inertia.

How long before the PC as we knew it is dead? About five years I reckon, or 1.5 PC hardware replacement cycles.

Nearly all of us are on our next-to-last PC.

Microsoft knows this on some level. Their reptilian corporate brain is beginning to comprehend what could be the end. That’s why the company is becoming increasingly desperate for ways to maintain its central role in our digital lives. We see the first bet-the-company aspects of that in Redmond’s recent decision to run the Windows 8 kernel all the way down to ARM-powered phones and tablets even though it requires shedding features to do so.

I doubt that will be enough.