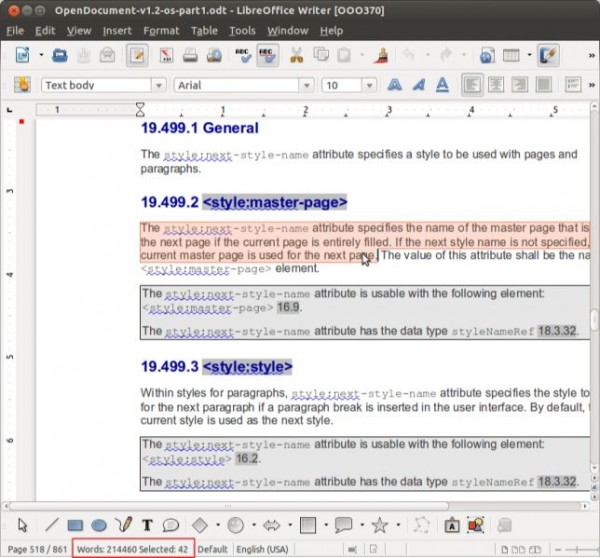 The Document Foundation has announced the release of LibreOffice 3.6, a major upgrade which introduces a host of important and very welcome new features.

Elsewhere, Calc sees a major addition in new support for color scales and data bars, great for visualizing data at a glance. Impress benefits from 10 new master pages and a widescreen format. And Writer is now able to import Office SmartArt graphics.

There are plenty of smaller tweaks which should make a real difference to many LibreOffice users. Writer finally now displays your document word count on the status bar, for instance. Table AutoFormat now records and applies many more table-level properties, so it’s much more likely to work as you expect. While Calc has now removed the three sort entry limit, allowing you to sort by as many columns as you like.

The new build includes many other additions whose impact will only become obvious over time. Reading that the latest release has “Added Lanczos algorithm for resizing of images” doesn’t exactly sound like a big deal, for example. But if you zoom in on a picture you should find its image quality is now much better, and the resulting file is also significantly smaller, so your document sizes will shrink.

And the whole thing is wrapped up in a cleaner, revamped user interface which generally looks better all across the suite.

There are plenty of other bug fixes, tweaks and enhancements to explore (the official New Features page has the full list). On balance, though, LibreOffice 3.6 represents a solid and substantial move forward for the package, and the new build is available for download now.

5 Responses to LibreOffice 3.6 debuts a stack of major new features