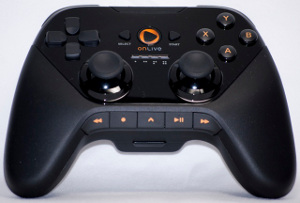 In a whirlwind restructuring that took place over the weekend, streaming video game company OnLive Inc. was stripped of all its assets and sold to a new company, at the expense of all of its shares and employees. The OnLive gaming service itself underwent no changes.

According to a statement from OnLive, all of the company's assets: technology, patents, trademarks, and so forth, were "transferred to an assignee, which then sold the assets to the new company. There was no transfer to any other party." The company's entire staff was laid off, and about half of the staff was offered their same job at the same pay.

Former OnLive CEO Steve Perlman received no stock and no compensation for the buyout, and most of the company's executives are receiving reduced compensation "to allow the company to hire as many employees as possible within the current budget."

Taiwanese smartphone maker HTC, a former investor in OnLive, announced the cost it would pay for such a change:

"Due to lack of operating cash and an inability to raise new capital, OnLive had completed asset restructuring over the weekend. HTC estimates that it will need to recognize a $40 million provision for this investment loss," a statement from HTC said on Monday.

Offering a unique streaming video game service that required no downloading or installation of any software, OnLive allows its users to connect to the Web and play console-quality video games on devices with the most modest processor and hardware configurations. Despite the massive organizational changes, OnLive's service continued uninterrupted through the weekend. The newly-formed company that acquired all of OnLive's assets will simply be called OnLive.

To the service's users, nothing has changed.