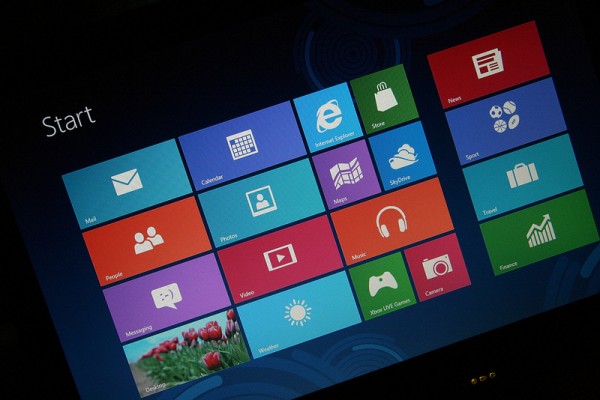 Second in a series. Most, if not all, the reviews of Windows 8 focus on the intuitiveness of the user interface. As a designer/developer I think lots about creating good UI and user experience (UX). What's seems important to product reviewers or techies is meaningless to Microsoft's target audience of Windows 8 users.

I’m here to tell you that there’s more to the analysis than intuitiveness. UI designers who are really serious about designing compelling user interfaces know that intuitiveness is not the only aspect to consider, there’s also learnability and discoverability that are essential to UI design and development.

Intuitiveness can actually be an enemy for UX professionals tasked with designing and testing complex interfaces. To design an intuitive interface, a UI designer needs to lead the user towards completing certain tasks using visual cues. This involves adding more UI elements to an interface that while on the surface may appear to be easier to use, may actually prove to be unusable in user testing. So while intuitiveness is a critical aspect of designing interfaces, discoverability and learnability are just as important.

The Problem with Windows 8 Reviews

Many reviews I’ve seen on tech sites and forum postings that deal with Windows 8 usability, only focus on the intuitiveness of the interface. This is a mistake in my opinion. For instance, one review I read called out the “so many bizarre UI decisions…that it’s hard to know where to start, but having to swipe up to simply reveal basic controls…doesn’t feel quick or intuitive as it should be”. This review assumes intuitive is the only goal of software design. That’s simply not true.

When you install Windows 8 you get a simple one-screen tutorial that explains to you that to get to critical commands you swipe from the sides of your screen. The tutorial demonstrates the swipe from the right side that reveals the charms menu. This happens while you’re waiting for the installation to complete. Users will know that if they get stuck somewhere they can always swipe from the right edge of the screen to get where they need to go. Is this intuitive? Absolutely not, but because of the tutorial, it’s easily learnable. So instead of criticizing this as a “bizarre UI decision” this should be cast in a more positive light.

Applications that perform one function like Notepad can be built such that the only design goal is intuitiveness. But as applications get increasingly complex, such as Microsoft Word, this becomes impossible and UX professionals have to hide various aspects of the interface behind popups and other menus that appear from other parts of the UI. The challenge for these professionals is not so much whether or not these features are intuitive (even though they can be); the challenge is whether or not these features are discoverable and once the user discovers them are they easily learned.

Windows 8 is not going to be intuitive in every aspect of the interface. That’s impossible for such complex software. But Windows 8 is definitely learnable and its features are discoverable. Let’s say, for example, a user does something that takes them from the Modern UI into the desktop and for whatever reason they are stuck and want to get back to the start screen. They remember they can swipe from the right or move their mouse cursor to the top right of the screen to get the charms menu and go back to the Start screen.

Is this a success or a failure? It’s a success and here’s why. The user remembers a learned behavior: swiping from the right to see the charms menu. The point I am trying to make is that for previous versions of Windows, the Start button was a safety net for the average user. With Windows 8 it’s the same thing, just moved to a different side of the screen.

I recently read a review that surfaced a number of Windows 8 annoyances. All of them had to do with the lack of ability to customize various aspects of the interface. For instance, the review mentioned how easy it is in desktop mode to hit the Internet Explorer icon when you want to click to go back to the start screen. How is this a problem? Users only need to make the mistake one time before they realize they need to move their cursor a little bit further to the left. The entire review read like a series of straw men built to rip apart features of an OS that likely will not be a concern for non-techie users.

About those Non-techie Users

Why mention the non-techie user? Because they matter big time. The reason goes back to what I said in part one of this series. Windows 8 is representative of a massive shift in our culture from an experience economy to a simplified experience economy. When Microsoft designed Windows 8, I am pretty certain they did not have techies as their main target audience. Windows 8 is designed for consumers as it should be. In the experience economy, consumers rule the roost, not businesses, and certainly not techies like us. So if the Modern UI does not allow you to multitask like you are used to doing in the desktop, that’s not a bad thing at all. As times change, so do our computing habits. It’s time for us to learn new ways of using our machines.

We no longer live in a world where businesses and techies drive the design of complex systems like today’s modern OSes. Software is becoming more and more simplified. This means that customizations will be simplified, and experiences will become more immersive (full screen apps). Users are getting less choice because too many choices in the previous era was too overwhelming. Users want everything in a nice neat package that is easily accessible. Despite the fact that developers piss and moan about Apple’s walled garden, the average user doesn’t care at all. They know that the apps they download are safe and they do not have to worry about viruses or malware.

This Is a Completely New Ballgame

Reviewers should take into consideration that we now live in a new era where choice is limited, software is complex yet simple and interfaces are not designed based on intuitiveness alone. Windows 8 represents a simplification of computing that will resonate with the general consumer in ways that piss off many techies. We can either get with the ballgame or die on the vine.

Tech sites will do us all a favor by posting reviews that are geared toward the general consumer because that is where a lot of the advances of Windows 8 exist. Will businesses benefit from Windows 8? Sure. Techies? Of course. But most of what is Windows 8 is geared towards the consumer. We simply cannot assume general consumers think the same way we do.

The Failure of Intuition Alone

I have a second-generation iPad. When I first got it, I had no idea that I could do global search. This was a feature that was not immediately intuitive for me. However, I eventually discovered it. So here’s my question. If I’m writing a review of the iPad, do I cite this as a negative simply because it was not immediately intuitive? Or do I cite it as a positive that even though it was not intuitive, Apple UX engineers took advantage of a learned behavior (swiping) to make it discoverable as opposed to intuitive?

It’s not just about whether or not it’s intuitive. Consider other factors. You may not have immediately known how to use a feature but did you eventually discover it? Was it easy to learn how to use it? Windows 8 does an excellent job at this and the Microsoft user experience team for Windows should be commended instead of chided for making an OS where content creators like myself can easily create in the desktop and consume in the modern UI.

In my next article I will explain why the design of the Modern UI is right and how Microsoft foresaw a design trend that even the most popular designers are adopting.