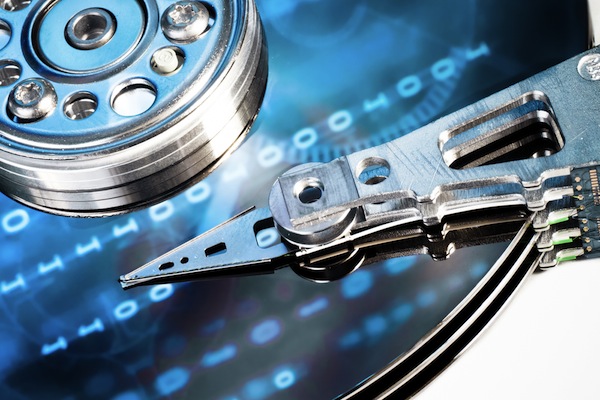 From malware to hardware failure, bugs to human error, there are many potential dangers just waiting to trash your most valuable data. Which is why it’s generally a very good idea to back up your system, from time to time.

And while there are many possible backup software options, we’ve always had a personal preference for the simplicity of disk imaging tools, the latest example of which is O&O DiskImage 7 Professional.

The new release certainly looks good on paper. It can back up everything from specific files and folders, to individual partitions or entire hard drives; there are multiple restoration options, enhanced this time with EFI/ UEFI support and a new boot disc; and interesting extras include the ability to convert backup images to virtual disks (VHD).

But would the reality live up to the marketing? We took a closer look.

DiskImage 7 Professional launches with a simple Start Page, which warns you that you’ve not run a backup yet, and offers an “Image now” button to help resolve the situation.

Choose this option and you’ll launch a Drive Image backup with the current default settings, which are also displayed for your review, and if you’re happy then clicking “Start” will begin the backup process. A very quick start for PC novices.

If you need more control, though, you can also click the “Drive Imaging” option to launch a manual image backup. And selecting a drive, followed by the “Add as job” option allows you to configure more details about your image backup.

There’s a fairly basic scheduler, for example (this can run backups once or on defined days of the week, but not on events, like logging on); you can define the destination folder for the backup, and its file name; and there are options to run particular commands before and after the backup is complete, as well as send email notification of backup successes or failures.

Unusually, though, creating a job alone doesn’t define every aspect of the backup. To set it up properly you must also choose or create a “profile”, where you can decide options such as its compression method, encryption settings, exclude filters (file types -- *.tmp, say -- you don’t want in the image), imaging method, and more.

At first this can seem confusing. We spent far longer than usual trying to find out where to set various settings, and this indirect approach does mean it can take a while to configure everything to suit your needs.

If you prefer your backup software to stay simple, though, you’ll appreciate the fact that DiskImage Professional keeps its more advanced options at a safe distance.

And of course separating these settings from your backup jobs does greatly improve your flexibility. If you need to temporarily encrypt your backups to protect some work documents you’re editing, say, there’s no need to change every job: just switch to a profile where encryption is enabled, and in a 2 or 3 clicks you’re sorted.

Drive image backups are great, but sometimes it’s enough to just back up a few files and folders, and so it’s good to know that DiskImage 7 Professional can handle that, too.

The program’s approach to this task is familiar and fairly basic. You’ve seen it before, many times: the program displays an Explorer-like tree of your files and folders, and you simply check the box next to everything you’d like to preserve. After which the process continues more or less as it does with image backups.

And so you could simply launch a file backup right now, in just a couple of clicks, or use the “Add as Job” or Profile options to define scheduling, encryption, compression settings and more. 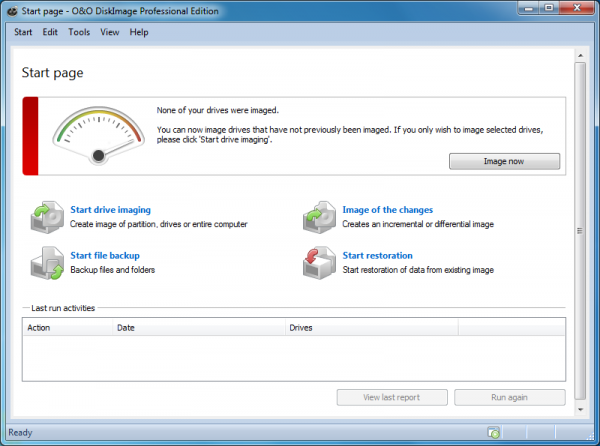 All this certainly works well enough. And the files are only zipped up, too (if you’ve enabled compression at all), so you don’t need DiskImage to restore any or all of your archives, should you need them. Any ZIP tool (or even Windows) will provide what you need.

The file backup module is still a little limited, though, not really even up to the standards of the best of breed freeware, and it would definitely benefit from some extra intelligence. Some presets to help protect your Firefox profiles, Outlook Inbox or other common backup sources would be welcome, for instance. Maybe next time.

If disaster strikes at a later date than DiskImage 7 Professional offers several ways to restore your files.

The program can mount your backup image as a drive, for instance. It’ll appear in Explorer as a drive, just as any other, and you can freely copy files and folders from the backup to wherever you like.

And you can also simply restore an entire partition or drive image from within the program.

Restoring the system partition is a little more complex, of course. But DiskImage 7 has made some big steps forward in this area, in particular with its new ability to create a bootable Windows-based CD or USB flash drive of O&O DiskImage (with some other useful troubleshooting tools thrown in for good measure). If your PC won’t boot for some reason, launch it from this, instead, and the program will be able to restore a system partition backup and hopefully get everything working again.

Some of the disk imaging competition (Macrium Reflect, for instance) remain a little ahead in this area, by for example providing the option to install a bootable recovery environment on your hard drive, which you can launch quickly and without the hassle of recovery discs.

DiskImage’s new ability to create recovery discs means it’s really not that far behind, though, and in general the program should handle all your restoration requirements with ease.

If everything we’ve described so far still isn’t quite enough, then no problem. DiskImage 7 Professional has plenty of extra features and functionality waiting to be uncovered.

The program has good virtual drive (VHD) support, for instance. It can restore drives directly from a VHD file, and there’s support for converting VHDs to and from standard O&O images (OMG files). We’d like VMware and VirtualBox support, too, but this is a useful start.

The program can also help you burn images to CD, DVD or Blu-ray files, as well as mount ISO files as drives.

DiskImage can help you manage your backup images by merging them (you can combine incremental images into the base to effectively create an up-to-date base image).

And the program includes one or two interesting, more advanced tweaks which you won’t often find elsewhere.

If you’re rolling out a system image across multiple networked PCs, for instance, then normally you’ll have immediate problems as they’ll all have the same SID (Security Identifier) and computer name. But here you’ll be able to use DiskImage’s Change Computer Identity option to give each PC a new SID and name: very quick and easy.

O&O DiskImage 7 Professional isn’t the perfect drive imaging tool, then. The way your backup settings are spread around the system can be a little confusing, at least initially; backup performance was only average in our tests (around 10% slower than Macrium Reflect); its file backup option is rather basic; and this latest release isn’t exactly packed with new features.

Still, you really can start your backups with the absolute minimum of clicks; once you understand the “job” and “profile” system then it’s really very flexible; and even if the main addition here is really just the ability to create a bootable disc from within the program, that’s still a very welcome addition which makes a major difference to the application’s usability.

And so, while it’s not for everyone, if you’re looking for an imaging tool then there are more than enough reasons here to have O&O DiskImage 7 Professional on your shortlist. And it’s worth taking the trial edition for a spin, just to see how the program could suit you.

Verdict: A capable and effective backup tool with lots of options, but still more suited to experts than regular home users.