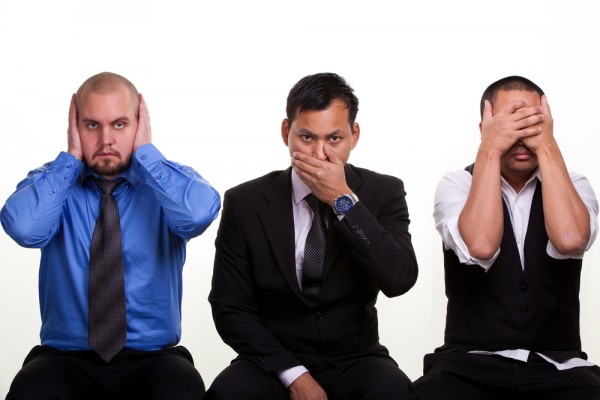 The Pope may be making news headlines in the tech world by opening his own Twitter account, but there's a much more worrying headline that is keeping its nose under the covers this week. The Internet as we know it could be in trouble if representatives from free-speech oppressors such as China and Russia have their way at a UN telecom regulations conference starting this week in Dubai.

The 11-day conference is billed as a gathering of the world's top nations to discuss ways to update rules last touched in 1988 on oversight related to telephone networks, satellite networks, and the Internet at large. Proponents of the conference say that the Internet has changed so radically since the 1980s that it is now time for others to have greater say in how it's regulated and controlled.

But if you peek under the covers of this debate, the majority of these voices tend to be concentrated in countries that already express some of the nastiest forms of Internet censorship to date. They have fully vested interest in using the veil of a UN conference to push their own agenda of restricting Internet freedoms further for their own citizens, and giving other like-minded nations a better standing to unleash the same kind of oppression on their own netizens.

While the United States has sent a high-profile 123 person delegation with representatives from major tech giants like Google and Microsoft to help oppose any massive changes, it's hard to say how loud the voices of the Internet's repressive poster boys will be. Google has already posted a full landing page marking its opposition to any proposed changes, which you can even sign as an online petition.

I'm with Google, Microsoft, and most of the modernized Internet world on this one. Here are my top three reasons why the UN should keep its hands off any changes to the governance of the Internet as we know it.

1. How can state sponsors of Internet censorship lead positive changes to Internet rules? It's a question in itself that boggles my mind. To put this conference in perspective, you have to take a look at the parties who have major backing within the body in charge of the event itself. The organization, the International Telecommunications Union (ITU), is made up of numerous countries that have vastly different opinions of internet freedom in contrast to the United States and the rest of the free world.

Some leaked documents from the closed-door meetings that have been going on to draft these newfound regulations by the ITU have language such as this excerpt:

Each Member State reserves the right to suspend the international telecommunication service, either generally or only for certain relations and/or for certain kinds of correspondence, outgoing, incoming or in transit, provided that it immediately notifies such action to each of the other Member States through the Secretary-General.

The ITU Secretary General himself, Dr. Hamadoun Toure, happens to conveniently work for Rostelecom, which is the largest telco operator within Russia today. And how does Russia fare on the internet freedom list today? Fairly poorly, I'd say, seeing as just this past summer the legislative house approved a law that for all intents and purposes is a "blacklist as you wish" power that is already being used. Sponsors argue that it is meant to keep the Russian Internet clear of items such as child pornography and suicidal material. The Russian media watchdog Roskomnadzor, mind you, can blacklist any websites it deems illegitimate without any court order.

Other big players in the ITU are states like China, which operates one of the largest and most complex firewall operations in the world aimed at strictly limiting any opposition to its one-party political system. Eric Schmidt, of Google fame, has already claimed that the "Great Firewall of China" is bound to fail at some point, but the question is when. However, if the ITU and its ongoing telecom conference gives headway to these censorship monsters, what's in it for China to open up? Not much, after such a prospective stamp of approval.

2. The UN as a whole has a terrible record in enforcing peace and openness. Some of those supporting the cause of this 11-day UN conference point to the fact that the United States has unjustifiably had "too much control" over the Internet thus far. That's debatable, as I address this fact in my last point below, but why should one think that the UN is the proper party to promote the best aspects of Internet freedom with players such as Russia and China involved in these talks?

Keep in mind that this is the same United Nations that allowed for Sudan to grab a seat on the 47-member UN Human Rights Council this past summer. Not only does Sudan hold an atrocious record on human rights (not the least of it related to the Darfur genocide of the last decade, as briefed on the Human Rights Council's own website) but its own leader, Omar Al-Bashir, is still an internationally wanted war criminal who has a warrant out for his arrest by the International Criminal Court. Sensibility is something the chambers of the UN clearly lack.

But this example of moral failure is not the only one on the UN's pitted record. The organization spent all summer fruitlessly trying to persuade the Syrian government to drop civil war against its own people -- a conflict which has inaction being continuously pushed by civil rights detriments Russian and China. And while on the backburner in terms of world affairs lately, the nuclear proliferation in North Korea can in some ways be seen as a failure by the UN nuclear watchdog to contain the diabolical regime of Kim Johg-Un.

If the above doesn't scare you about any future regulation of the "open" Internet by the UN, I'm not sure what will. Unless, that is, you are already reading this article within the borders of a country that prescribes Internet "cleanliness" on its own people, and you know what to expect by now from these players.

3. The Internet has flourished exponentially under the control of ICANN & the United States. All those people who complain about US control of the Internet's highest authority clearly don't have a knack for understanding the positive progress the entire system has undergone in roughly the last 20 years. Surely, ICANN has kept the reigns of top-level DNS and domain regulation within US borders thus far -- but I don't necessarily see that as a bad thing.

I challenge anyone who thinks that there is a better entity to control all of this to explain who that may be. Is the United Nations really the body which is the most capable and has the best intentions of world netizens in its sights? If any of the above are an indication, I truly beg to differ. Or maybe we should offer to share control directly with the likes of China, Russia, Syria and others, who say that the world would be better off without so much US influence over the system. To these critics, I ask them to point out what kind of restrictions the United States (through ICANN, among other authorities) has placed on Internet transmissions being sent to such oppressive corners of the world.

If the US followed suit with the same kind of false-hearted intentions that these repressive voices have in the upcoming telco regulations debate, the Great Firewall of China likely would have been more akin to a Great Firewall of the Internet as a whole. I'll believe the true intentions of the voices within the ITU when I see them in plain sight; but the closed-door drafts being leaked as of late don't place any high hopes in a truthful wish by these foreign bodies to enhance the viability of the open internet. Instead, it seems that they want to use their voices as leverage to the notion that a global Internet society should be censored in similar ways that they do so at home.

Don't believe the misguided communications coming from the nations of the ITU as anything but hot air aimed at derailing everything you know about a tax-free, open, and peaceful place to exchange ideas and commerce (aka the 'net.) Because as China and Russia have already proven, give these governments an inch and they will gladly take a mile -- in the direction that suits them best.