Popular blogging site Tumblr is reportedly in the grips of a rapidly auto-reposting worm similar to the one that struck Twitter two years ago.

The worm's main symptom is a message from GNAA, a group of hackers whose exclusive purpose seems to be "annoyance warfare" and trolling. When users click on an infected Tumblr and they're logged in, the message is automatically reposted on their own page. Here is the message that hacked sites display: (WARNING: STRONG LANGUAGE) 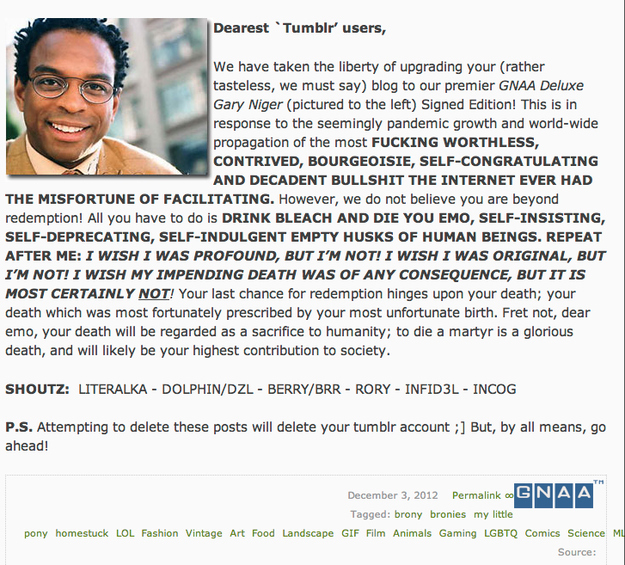 Tumblr has released a statement saying the problem is being remedied. We'll follow up with more information on this exploit as it arrives. In the meantime, make sure you're logged out of Tumblr before you lurk around there today.