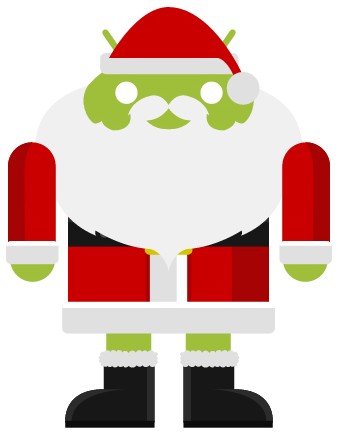 Analysts continue to crunch Black Friday numbers, and NPD has fresh data out today on several consumer electronics categories, including Android tablets. The good news: sales at US retail are up 177 percent from the same period last year. Revenue: 91 percent. However, average selling prices are way down -- to $151 from $219 a year ago.

The sales figures do not include Kindle Fire, which likely would lift ASPs, as the lowest-priced model sells for $159, which is higher, and new models range from $199 to $499. However, a $129-promotional price days later likely drove down overall selling prices. Right now, that data isn't available.

Since the ASP is also lower than prices offered for big brand Androids, this morning I asked Stephen Baker, NPD's vice president of industry analysis, if sales represented "off-brand mostly -- meaning not ASUS or Samsung?" "Yes, off brand, there were a lot of different brands", he responds. Android tablets popped up at seemingly non-traditional retail stores -- that is for consumer electronics: "Cheap Android promotional tablets at places like Kohl's, Walgreens etc.", Baker says, "lots of stuff under $100 this year".

Falling ASPs is a mixed blessing. Higher volume extends the Android tablet platform, while lower ASPs sap manufacturer and retail margins. Off-brand Android tablets are least likely to carry the newest operating system, which is another concern. Apple offers the same iOS version on all tablets, which is better for customer experience and applications developers.

NPD didn't release iPad ASPs. But globally for third quarter, using Apple financial statements, I see $535 average selling price. I wouldn't expect much below $500, if at all, based on Apple Black Friday deals. The point: While bunches of Androids compete for the lowest price, Apple skims the cream off the top of profits and margins. Meaning: Android tablet gains don't make iPad a loser.

Rising tablet sales on Black Friday put down those for PCs. Overall, notebook sales declined 10 percent, which is also the decrease for Windows models. Mac laptop sales: Flat. Notebook category ASPs fell by 5 percent. I asked Baker if tablets displace PC sales. "We are seeing cannibalization in bigger numbers than the past", he answers. "Yes, displacing some, but the net is more computing device sales when you add PCs and tablets together". So that's a good thing.

Something else good, at least for Microsoft: Windows 8 notebooks account for 89 percent of sales. However, ASPs are low, just $368. Touchscreen models, with $668 selling price, represent 3 percent of Black Friday sales. The high percent of Windows 8 models indicates that retailers mostly cleared out old inventory, despite sagging sales during third quarter.

More broadly, consumer electronics sales declined 5.6 percent, and it's a trend. They were down 4 percent last year. The only two growth segments, Android tablets and TVs, accounted for 58 percent of sales dollars. That's up 7 points from Black Friday 2011.

"We are in a mature category", Baker told me this morning. "More often than not growth in one place displaces growth somewhere else. More of a zero sum game than ever before. The industry opportunities lie increasingly outside of pure hardware sales. If you can't grow dollars on Black Friday it is hard to imagine how you can grow at other times in the year".