Who is Aaron Swartz? 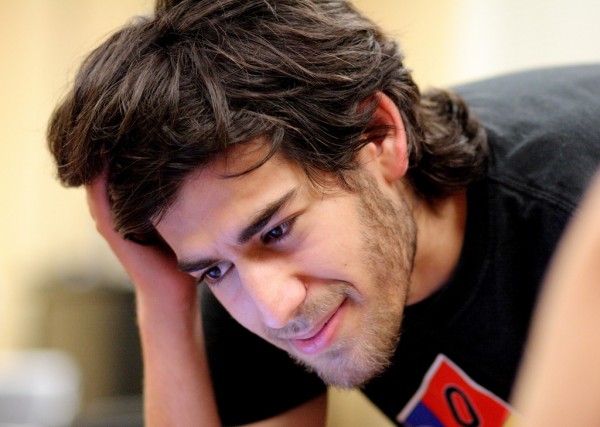 I am not a geek, hacker or programmer but simple storyteller. Some stories are unbearable to write, such as this one -- about an amazing geek and hacker who died suddenly, sadly on January 11. The world lost someone special two days ago. As you prepared for your weekend fun, he contemplated the last moments of life before taking it. You can blame the US government, as his family does and I do. A bright star has gone dark on the Internet firmament, and we'll never know what won't be seen because of it.

I didn't know Aaron Swartz, just of him. I followed some of his accomplishments and legal woes, which surely were catalyst for his final decision. Around the InterWebs, the 26 year old is described in many ways: "programmer"; "hacker"; "activist"; "advocate". His work almost certainly touches your daily life. Swartz co-authored RSS 1.0; he helped architect Creative Commons; he was serendipitous Reddit cofounder via acquisition of his company Infogami; and he was one of the most vocal, active and successful SOPA (Stop Online Piracy Act) opponents.

Principally, Swartz represented the highest ideals of the World Wide Web, opening informational access to anyone, anywhere. "Aaron’s commitment to social justice was profound, and defined his life", his family and partner say in a statement. "He used his prodigious skills as a programmer and technologist not to enrich himself but to make the Internet and the world a fairer, better place". (See his personal website for more insight on the man.) As someone who opposes onerous copyrights and supports information openness, I am one among his many admirers.

Too many people don't remember or don't care to know where the web started or why it's so freely accessible. Researcher Tim Berners-Lee created the first web browser and server in November 1990, with little fanfare and based on accepted standards. The first website followed in August 1991. The web's conception is unique, because of Berners-Lee’s decision to use open-standard technologies that no single entity controls. His no-patent, no-royalty approach imbues the highest aspirations for what real research is supposed to be about. The patent-lawsuit frenzy of the past few years is antithesis to this approach.

Swartz and Berners-Lee breathed the same air, in some elevated state above the money-grubbers that seek to profit from every little thing and put one person's self-interest above the good of everyone else. Swartz supported openness of information as an ideal; a cause. Sadly, this attitude, like the tragic flaw of great but fallen literary heroes, led to a crucial decision: He accessed and downloaded a vast library of academic journals from JSTOR, believing that freely releasing the database best served the authors and the public good. About a year and few days ago, Federal prosecutors arrested Swartz, charging him with, among other things, computer fraud.

In a statement released this weekend, JSTOR offers condolences and observes that it chose not to pursue civil litigation: "We are deeply saddened to hear the news about Aaron Swartz. We extend our heartfelt condolences to Aaron’s family, friends, and everyone who loved, knew, and admired him. He was a truly gifted person who made important contributions to the development of the internet and the web from which we all benefit...JSTOR settled any civil claims we might have had against him in June 2011".

I am no legal expert, and can't authoritatively speak to the eventual punishment. But if the InterWebs are right, Swartz could have been jailed for up to 35 years and fined as much as $1 million. To my no-legal-authority eyes, the criminal case looks more like persecution than prosecution. Open-information advocate and Creative Commons creator Lawrence Lessig feels that way, if a blog post title, "Prosecutor as bully", means anything. The Harvard University law processor consulted with Swartz on the legal defense. They also worked together on Creative Commons. Lessig writes:

From the beginning, the government worked as hard as it could to characterize what Aaron did in the most extreme and absurd way. The 'property' Aaron had 'stolen', we were told, was worth 'millions of dollars' -- with the hint, and then the suggestion, that his aim must have been to profit from his crime. But anyone who says that there is money to be made in a stash of ACADEMIC ARTICLES is either an idiot or a liar. It was clear what this was not, yet our government continued to push as if it had caught the 9/11 terrorists red-handed.

This is appropriate context for the family's statement, which I agree with:

Aaron’s death is not simply a personal tragedy. It is the product of a criminal justice system rife with intimidation and prosecutorial overreach. Decisions made by officials in the Massachusetts U.S. Attorney’s office and at MIT contributed to his death. The US Attorney’s office pursued an exceptionally harsh array of charges, carrying potentially over 30 years in prison, to punish an alleged crime that had no victims. Meanwhile, unlike JSTOR, MIT refused to stand up for Aaron and its own community’s most cherished principles.

Having just this weekend read Matt Taibbi's riveting Rolling Stone investigative report "Secrets and Lies of Bailout", Lessig's scathing indictment pierces my soul: "We live in a world where the architects of the financial crisis regularly dine at the White House -- and where even those brought to “justice” never even have to admit any wrongdoing, let alone be labeled 'felons'. In that world, the question this government needs to answer is why it was so necessary that Aaron Swartz be labeled a 'felon'".

Whatever happened to the America embraced creativity and individuality over conformity? It's a question I ask nearly every week.

While working on the Manhattan Project, the physicist Richard Feynman made a hobby of cracking military safes...there was something very American about the fact that American officials didn’t throw Feynman in jail for his antics...I worry that Swartz’s prosecution is a sign that America is gradually losing the sense of humor that has made it the home of the world’s innovators and misfits. A generation ago, we hailed Pentagon Papers leaker Daniel Ellsberg as a hero. Today, our government throws the book at whistleblowers for leaking much less consequential information.

Our nation’s growing humorlessness won’t just mean that insubordinate idealists like Swartz lose their freedom or their lives. As our culture becomes steadily less accepting of people with Swartz’s irreverent attitude toward authority, we’ll all be poorer as a result.

In preparing this post, I considered several headlines, debating which would be the most dignified, fitting. None worked. Instead, I chose the question I asked when starting the reporting and writing process, thinking others might pose the same one. But I chose present tense over past because Aaron Swartz remains by what he left behind and by what could have been and by what might be in the people his life inspires.

24 Responses to Who is Aaron Swartz?