Windows Blue won't be the end of the Desktop UI 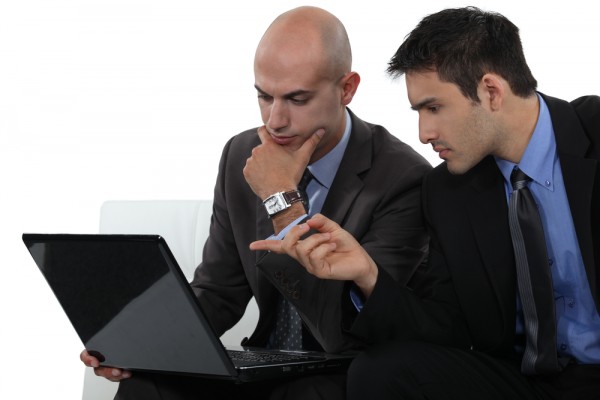 Tech journalists are talking about what Windows Blue will mean for the future of Windows. Actually, no matter what anyone suggests, only Microsoft really knows what it has planned for future versions. What really is important though is how changes to the operating system will affect software developers, plus businesses, and why considering this may be far more important in the long run.

In recent years we have seen the over-consumerization of computers, in particular the shift from desktop PCs to tablets and other portable devices. Everything seems to be all about mobile today. But is mobile and touch the future of computers ?

What we are seeing is not the shift from desktop computers to mobile, but a significant split between business and consumers. When I started programming in the late 80s and early 90s, computers were business tools, not consumer products. A computer with a 20MB hard drive, RGB monitor and 640 KB of memory could cost you $2,000 to $3,000. A computer was a business investment and productivity was vital to make it worth the investment. In time the prices of computers dropped significantly, so much so that average people could afford PCs.

The strange thing about this though was the consumers didn't know what to do with their computers, they looked for software that provided some kind of entertainment value. Consumers played games. They listened to music. With the coming of the Internet, they browsed the web, did their shopping online, emailed friends and family. A powerful tool became a toy, an entertainment device. Many of these same consumers -- who were watching videos online, buying stuff at Amazon -- failed to see the key functionality built into their PCs. Many didn't know how to create folders, copy files, delete files, etc. Many consumers never realized that they needed to purchase a new subscription to the antivirus software that came with their PCs, after 90 days.

Looked at from this perspective, it's obvious that many consumers used a tool which they barely knew anything about. Having been a computer consultant and programmer for so long, time after time I find myself again and again suggesting to consumers I deal with that maybe they should buy a book about Windows and learn a little more about and what the software can do.

I realized the average consumer bought something he or she didn't fully utilize -- the PC exceeded need. Then along came MP3 players, smartphones and tablets. Consumers didn't need a keyboard, they simply touched the device. They didn't have to learn all the complexities of a full blown PC. Finally, people started buying what they wanted all along. Something designed to do a specific task, and that is it.

Now we see PC sales slowing down significantly. Manufacturers should have seen this coming. The computer market is changing in ways we all should have expected. But there is a problem here. Windows means more than browsing the web, watching videos and visiting Facebook. Windows is part of another key market, and that is business computing, not just consumer devices. Computers started out as tools, not toys. They still are tools and very important ones. So where does Windows 8 come in ?

The Modern UI or Windows Store side of Windows 8 are all about two things: Consumerization of electronic devices and touch. These two aspects are not necessarily the same thing. Touch has a big value in consumerization, but it can also be a useful tool in the right situation. Touch, though, is more meaningful for consumer devices because that is what consumers want and need. Touch is useful for business, but it is not the end all. It has a place, but also has its limits and why many don't see this is confusing. Businesses can't make their decisions about tools by watching fancy TV commercials with everybody dancing around and touching their computer screens (for Surface).

Businesses can ill-afford to waste their money on mobile devices if they don't have a real purpose to their core operations. A tablet PC is only valuable if it really increases productivity for a business. There are some cases where it will and there are many cases where it simply won't. Just putting a tablet PC in an employee's hands won't automatically improve productivity. Put a tablet PC into the right employee's hands and with the right software and for the right reason, it may make a difference. Computers cost money and like any business tool they must be used in the right way and the right situation, otherwise they are a bad investment.

Having written software for a variety of businesses from local mom-and-pop stores to manufacturing environments, I appreciate how important PCs are, but only when they are used effectively. Journalists like to talk about software and how once Microsoft Office is ported to Modern UI, the Desktop is no longer needed. The real question, though: How much do these writers really know about how computers are really being used today in business?

Many people may not appreciate that a significant portion of business software is custom-designed for specific tasks or for specific vertical markets. Large corporations likely spend millions of dollars developing custom software specific to their business alone. Every time there is a change in how an operating system works and rewrites of their software become necessary, huge sums of money must be spent just to keep up. The less a company has to redo things that currently work fine, the more money they save (and that is important today). Why do you think so many companies still used Windows XP? The old adage "if it is not broke, don't fix it" means saving money in the long run.

So, for consumers, maybe Windows could do away with the Desktop. But as far as businesses are concerned, to do away with the Desktop could mean the loss of millions, if not billions of dollars. But wouldn't Microsoft recognize this? I can't speak for the company, but I venture a guess of yes. So how does one create a totally new operating system that solves the needs of the consumer, while satisfying the needs of businesses? The answer, merge a new operating system into the existing one and have the best of both worlds. That is what Windows 8 does.

If the Desktop was not important, it would be broken already in Windows 8

The Desktop has huge value, is evident in Windows 8's dual-motif design. Windows 8 doesn't break the Desktop. One of the first things I did when first getting my hands on Windows 8 Developer Preview in late 2011 was to test and see how well it supported the core WIN32 APIs, which have been around since Windows 95/98. I expected a lot of things to possibly be broken, since Windows 8 is so different, but amazingly it all worked and very well.

Now I was not testing just some simple user interface stuff but quite a lot of lower-level stuff, like the Windows DIB engine, OpenGL, subclassing, superclassing, ownerdraw, customdraw, GDI drawing, MDI, MCI, complex window regions, custom window classes, drag and drop and more. I wanted to know right at the start: Would Windows 8 break a lot of my code ? It didn't. I had only one little problem and even that was fixed in a later preview version of Windows 8. Given Microsoft's care for core WIN32 APIs, developers should feel confident that the Desktop is well and alive in Windows 8.

So why all this effort to maintain what some may refer to as legacy technology? Because it is important -- no vital -- to businesses. I can understand Microsoft's need to promote the new UI stuff in Windows 8. It is important to the consumerization of PCs and to mobile. But the Desktop surely is not dead yet and hopefully will be with us for a good time longer.

Touch and the Modern UI don't fit all Business Needs

Another reason the Desktop needs to stick around for some time is that touch is not the solution to everything. Touch is great in the right situations. It may even be preferred by consumers. But touch is not going to replace the mouse anytime soon. Productivity is vital in business and, remember, for most organizations, a computer is a tool. No touchscreen can replace a real keyboard for fast character input. This is so obvious I cannot see how anyone could even suggest otherwise. As a programmer the speed of typing is so critical to me that I still use a 20 year-old IBM keyboard because few modern keyboards come even close to the quality of my older one. Big Blue built some of the best keyboards ever and mine is key to my own productivity.

The mouse is far superior to touch for fine-tuned accuracy in pointing. Actually a mouse can do some things touch cannot (trust me it's true). Not even a touchpad on a laptop comes close to the accuracy of a real mouse. and that is surely better than touch alone. The beauty of the mouse comes from its ability to separate movement from a touch action (a click for a mouse), plus its accuracy. Many business applications require a real keyboard, a real mouse and yes a real desktop environment (aka. the Windows Desktop).

A lot of Software is Boring

Most consumers get excited about the latest fad in software. It has to look pretty. It has to be exciting (like touch). It has to be new! Not so with business. Actually a lot of business software is quite boring, and that is a good thing. The so-called modern look of Modern UI is meaningless for some software. It doesn't matter whether the look is flat or 3D. What matters is the job the software does. Many tasks a computer is used for are simply boring. It is the work they do which is important:

The whole reason many started using PCs is that computers don't mind doing boring jobs, unlike people who do. For many businesses software is just a tool and the tool has to do its job and do it right. Some companies spend a lot of money developing such boring software, because it does the job and does it right. What businesses need to know, though, is that all the efforts to create such software is not in vain. A lot of money is lost by companies trying to "build a better mousetrap" as they say, only to find that the original application worked fine and wasn't worth the effort to recreate it as something new.

What businesses need is backward compatibility in the operating systems they use. They don't want to have to rewrite every application ust because they bought some new computers. That is not cost-effective.

We still need the Desktop, and it's nonsense tech writers spread about its imminent demise. How long the Desktop will stay with us, I cannot say and won't even try guessing. But for now, there is a good reason why Windows 8 provides all the necessary Desktop features we require. If it wasn't necessary, it wouldn't be there in Windows 8.