EFF report: Twitter has your back, but Verizon says 'screw you' 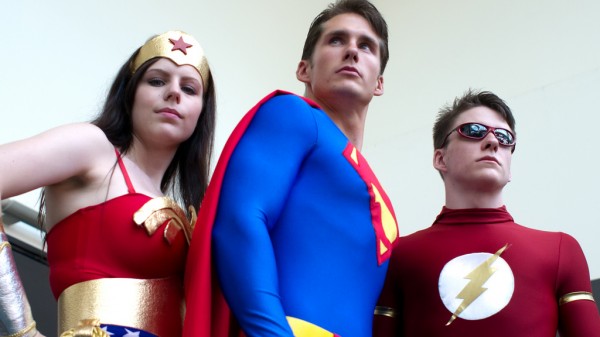 The Electronic Frontier Foundation, an organization dedicated to protecting the rights of consumers, publishes its report on safety in the digital age. There are some winners and also some major losers this time around in the "Who has your back?" statement -- hint put down your cell phone, step away slowly and nobody gets hurt.

The annual report looks at major technology service providers' commitment to users' rights in the face of government data demands. EFF examines 18 companies' terms of service, privacy policies, advocacy, and courtroom track records and awards up to six gold stars for best practices in categories such as requiring a warrant for content, telling users about government data demands and publishing a transparency report.

Major U.S. cell carriers fare poorly -- the understatement of the day. In fact, Verizon scores a grand total of zero stars. Yes, none. Big Red does not require a warrant, does not disclose requests to users, publishes no transparency report or law enforcement guidelines and does not fight for privacy rights. In other words, you (and me, as I am a customer) may as well turn ourselves in right now. For the record, MySpace also receives a zero ranking, but perhaps because there are no users left to protect.

AT&T is not much better, actually managing to garner a single star -- for fighting for user rights in Congress. Neither Sprint not T-Mobile are ranked in the report.

But enough bad news. How about the companies that actually care about you? Dropbox, Google, LinkedIn and SpiderOak all manage five stars while Twitter is one of two to receive six.

Wondering about others? Microsoft fares reasonably well with four, Facebook receives three, Amazon manages two. But, beware your cable provider if it happens to be Comcast. The company is not exactly at the top of the heap with two stars -- for publishing law enforcement guidelines and fighting for user rights in court.

Apple, which has already been in the news lately with virus problems, does not have your best interests at heart either. The company ranks a one for its almost universal failure to keep the customer in mind.

"There's a lot to celebrate in this report, but also plenty of room for improvement" EFF staff attorney Nate Cardozo says. The latter seems more to the point.

This report should serve as a wake-up call to Internet users that they require more protection from companies that they trust with their digital communications. These companies are not fighting for us, though they do manage to find the time and money to lobby for their own benefit. 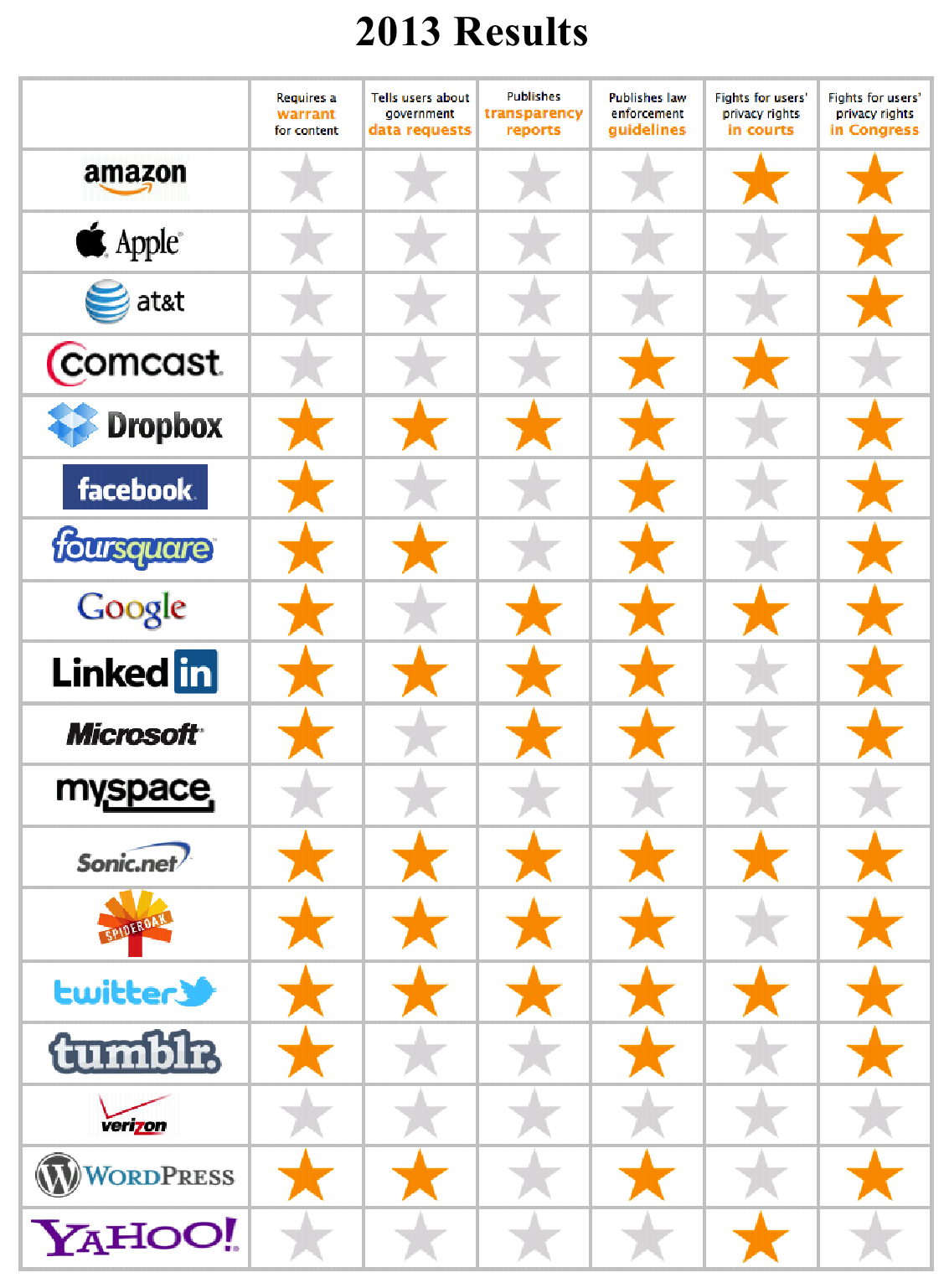 4 Responses to EFF report: Twitter has your back, but Verizon says 'screw you'