The sneaky thing about Google Glass 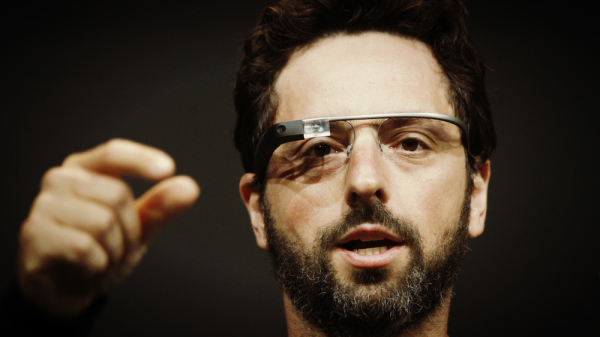 Remember when Bluetooth phone headsets came along and suddenly there were all these people loudly talking to themselves in public? Schizoid behavior became, if not cool, at least somewhat tolerable. Well expect the same experience now that Google Glass is hitting the street, because contrary to nearly any picture you can find of the thing, when you actually use it most of your time is spent looking up and to the right, where the data is. I call it the Google Gaze.

Only time will tell how traffic courts will come to view Google Glass, but having finally tried one I suspect it may end up on that list of things we’re supposed to drive without.

Another suspicion I have on the basis of five minutes wearing the device is that it will be a huge success for Google. That doesn’t mean Google will sell millions, because I don’t think that’s the idea. I expect we’ll see compatible devices shortly from nearly all Android vendors and the real market impact will be from units across a broad range of brands at a wide range of prices.

And that’s fine with Google, because their plan, I’m sure, is to make money on the data, not the device.

I didn’t think much of the gadget until I tried it and then I instantly realized that it would create a whole new class of apps that I’d call sneaky. A sneaky app is one that quietly provides contextual information the way I imagine a brilliant assistant (if I ever had one) would slip me a note with some key piece of data concerning my meeting, talk, class, phone call, negotiation, argument, etc., just at the moment I most need it.

Google Glass and a bunch of sneaky apps will change my mandate from being prepared to being ready, because you can’t prepare for everything but if you can react quickly enough you can be ready for anything.

But there’s still that mindless stare up and to the right, a telltale giveaway that sneaky things are afoot.