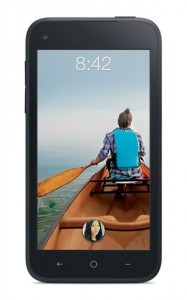 European operators have been asked not to go ahead with the launch of the HTC First planned for this summer. The phone comes with Facebook Home which replaces the standard Android screens with its own social media interface.

Home has been available for download to other Android devices too but hasn't proved popular with users. UK mobile operator EE has issued a statement making it clear that Facebook is behind the decision not to launch saying, "Following customer feedback, Facebook has decided to focus on adding new customisation features to Facebook Home over the coming months. While they are working to make a better Facebook Home experience, they have recommended holding off launching the HTC First in the UK." Orange in France has made a similar statement.

Facebook confirmed the news saying, "While we focus on making Home better, we are going to limit supporting new devices and think it makes a lot of sense for EE and Orange to hold off deploying the HTC First in Europe."

Pre-orders for the phone will be cancelled whilst Facebook returns to the drawing board. EE has said it will contact customers who have shown an interest in the device. The decision is bad news for the social network which has seen its usage rates dropping in the UK and which needs to boost its mobile presence to gain advertising revenue.

One Response to Facebook phone not coming to Europe