The Curator: Why Microsoft is forcing us on to Modern UI apps 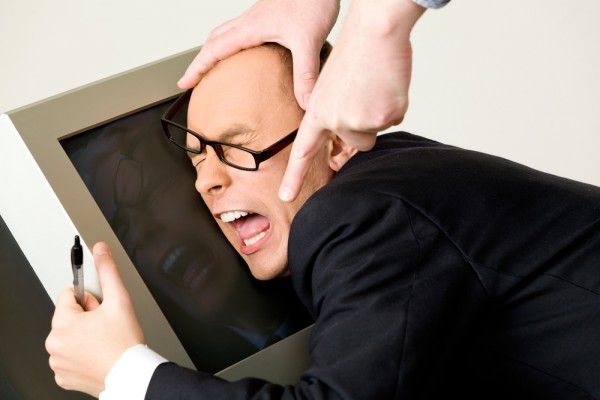 I've been struggling for a good year now with Microsoft's decision to push users as hard as it is pushing them to use the new, modern user interface, what was once code-named Metro. Even in Windows 8.1 (formerly known as Windows Blue), it is the primary UI. Why is Microsoft forcing us to use it?

"Forcing" is perhaps too strong of a word I suppose (although it's a good one for a headline). You can continue to run conventional Windows programs -- hell, even text-mode console software -- and keep using a traditional computer with a keyboard and mouse, but they're all legacy now, at least for Modern UI apps.

Moreover, and Microsoft's protestations notwithstanding, Windows 8 is far less usable on a conventional computer without a touch display. You need to get used to a few gestures and then things are not as bad, but they are still markedly inferior to Windows 7, particularly in desktop mode.

Why would Microsoft make the old interface so undesirable? In order to make the new one desirable. Why? There are a lot of reasons for that, but a very big one is security.

Complain all you want about Apple's curated app store and the fascist police state that underlies its management, but the company has pretty much licked the malware problem. On iOS it is still theoretically a problem, and perhaps malware is used for high-value, targeted attacks that get hushed up, but the sort of bread and butter attacks that plague Windows users and which exist to some degree on almost all other platforms are virtually non-existent on iOS. Why? Because, unless you've jailbroken the device, you can only install software that Apple has approved for sale in its app store.

Microsoft has replicated this experience for Modern UI apps on Windows 8. In fact, because that's all that runs on Windows RT, it's completely duplicated there too. To the extent that you only use apps and stay in the new UI you are going to be very safe from malware.

Before an app can go in the store, you have to submit it to Microsoft, who will test it against its certification requirements. This supposedly involves actual testing by humans ("Our certification testers install and review your app to test it for content compliance"). It's not clear to me whether the certification standards are quite as burdensome as Apple's; I suspect they are not, if only because I know certain application types, like soft keyboard replacements, can be approved on Windows but not on iOS. But the important point is that there is a strong level of oversight there.

This is where we're headed. At the Windows 8 rollout, and effectively on his way out the door, Steve Sinofsky said that Microsoft believes that all computers should have touch capabilities. By this holiday season you can expect that to be the case to a large degree. Computers from the major companies, at least in large markets, will have a touch display -- even the notebooks. As Microsoft apparently sees it, within a few years, most of us will be using apps all the time.

I can see getting used to this, as long as I can also use a keyboard and mouse -- this, by the way, is the real differentiator with iOS. I can also see why this curated experience is so appealing to Microsoft. The history of DOS and Windows has shown that there really is no other -- or at least no better -- way to prevent malware.

It was always possible to do a very good job in securing systems by giving significant authority to administrators and locking down users. The problems come from the fact that folks resist these restrictions. The BYOD phenomenon is an outgrowth of user impatience with IT restrictions. But somehow they are OK with limitations that come from Apple.

So perhaps people will be happy with the restrictions coming from Microsoft too. The problem with this is similar to the one presented by Apple's arrangement -- an app in Windows Store gives Microsoft a significant cut of the proceeds. Large software companies -- Adobe for instance -- aren't going to be willing to pay a significant cut to Microsoft, and it's not really fair to do so. But of course, on Windows (as opposed to Windows RT) you can install whatever software you want, so while the security can only go so far, so do the restrictions.

In the longer run companies will think of some solution. In the shorter run, it's an old story -- we're going to be surrendering some freedom in exchange for some security. I think this is a reasonable move, especially on Windows where we do have the option to bypass it if necessary.

136 Responses to The Curator: Why Microsoft is forcing us on to Modern UI apps