Piracy isn't theft… but its effects are wide and far-reaching 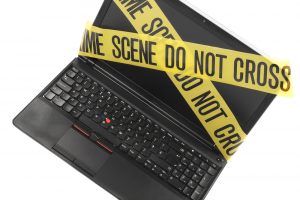 Philip Pullman -- UK author of His Dark Materials and Golden Compass fame -- is upset. In a column for the Index On Censorship he bemoans the invention of the Internet as a vessel that makes the lives of thieves easier, saying that piracy is theft "as surely as reaching into someone’s pocket and taking their wallet is theft".

Often, the argument against piracy is a slightly odd one. For many people it is a simple black and white affair -- it's not yours, and  if you take it without paying for it you are stealing. But for others, online piracy -- be it movies, music or software -- is not tantamount to theft. It is the ethereal, non-physical nature of these types of goods that seems to bring about confusion.

Walk into a computer store, pick up a software DVD from the shelves and walk out without paying, and it would be safe to assume that you'd be enveloped in the arms of the nearest security guard before you got too far away.

This crime is easy to label as theft. A physical object that belongs to someone else has been removed without permission or payment. The shop has been deprived of something it owned.

But things aren’t quite so clear cut with software and other digital material; there is no physical object. If an application or movie is downloaded, it is a digital copy that changes hands. "Copy" is the operative word here. In one sense, when software is pirated, no one is deprived of anything.

But Pullman's argument that a "thief" can make "our work available to anyone in the world, and take all the money for themselves" makes an incorrect assumption -- the assumption that online piracy is done for profit. I will not deny that there are websites out there profiting from piracy, but the fact that these profits come from piracy rather than something else is really incidental.

The people who make money directly from piracy are the guys selling copied DVDs out of the back of their car. The chaps selling software "compilation" discs at the market. Websites associated with piracy tend to make money in one of two ways: donations or advertisements. Many, many websites ask for donations to cover the costs of hosting a site, and those associated with piracy are no different.

I would argue that a large proportion of individuals and groups involved in online piracy are not in it for the money -- they do it for the kudos, the props, the respect it brings. There are always stories about piracy being used to fund terrorism, but this holds no water for me -- seriously, who pays for a pirated film or app these days?!

I've touched on the fact that no one is deprived of anything when digital theft takes place. This is not strictly true. The creator of the original material may not be missing something physical, but they are missing something -- potential earnings.

It is here I side with Pullman as he makes a very interesting point. When downloading a film (which I will admit to doing) it is very easy to think that you're just stopping a few dollars from dropping into the pocket of a capitalist studio somewhere. Although I'm not sure that this should even be regarded as "potential earnings" in every instance.

How many films or albums have you downloaded that you just wouldn’t haven’t paid for? That movie you download "just because you could", not necessarily because you really wanted it? That album you downloaded to see if it was any good before deciding it was rubbish and then not buying it? Try before you buy (or don’t buy), if you like. I digress.

As a writer, I have been the subject of piracy. Individual articles I have written have been published on unauthorized sites. Magazines (or their digital versions) I have written for have been torrented and made available for download. The first few times this happened, I wasn't bothered -- I was actually a bit flattered, if I'm honest -- but eventually it does start to piss you off.

But the point that Pullman made that struck home with me is about the number of people involved in the production of something -- a magazine, book, album, movie. Download a movie and it's not Warner Bros you withhold money from, it's also the director, the producer, the sound team, graphic artists, distribution teams, advertisers, PR employees, cinema workers, the girl who works at the popcorn counter at the movie theatre, the movie caterers...

The effects of downloading something without paying for it, really are quite far reaching. So no, piracy is not theft -- but it's also not right. You wield more power than you might first think.