Why the Obamacare website Healthcare.gov had zero chance of success 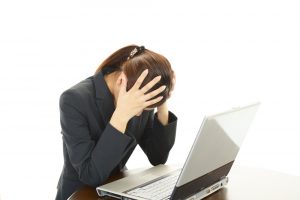 If you wanted to build a case study in the perfect recipe for IT project disaster, you wouldn't have to look any further than the new official Obamacare website, Healthcare.gov. The site, which was supposed to be the official gateway for Americans to purchase cheap (now clearly up for debate) health insurance, has become an overnight poster child for just how bad the government can fumble a well-to-do technology implementation. The common symptoms are all present: budget overruns, too little time to test, poor design & planning, and you can take it from there.

So when the President came out for an impromptu press conference about the disaster this past Monday, it struck me a little odd at how he addressed the situation. He went on to describe the numerous problems plaguing the website, and then turned course to let us know that the feds were calling in the "best and brightest" in the tech industry to help solve the woes. Verizon was publicly mentioned -- which I'm not sure why that namedrop really mattered, since I didn't know Verizon's mobility expertise really had much of anything to do with a large federal website catastrophe.

But oh well. As the President subliminally admitted: if the hundreds of millions already spent didn't entitle us to the best and brightest in the industry, a few million more won't hurt at this point. Yet this really shouldn't surprise anyone. The government's track record in handling large IT projects is abysmal.

Government IT contractors took the stand on Capitol Hill Thursday to answer grilling questions on why the launch of Healthcare.gov turned out so badly. As the above contractor admitted, even he couldn't get in properly during minimal stress testing. Poor technology behind the scenes, inadequate testing, or unrealistic deadlines from above? It's a nasty mixture of everything, if you want to be honest.

Jim Johnson, founder of The Standish Group, keeps tabs on roughly 50,000 development projects that the government and commercial sectors undertake. He gave Computerworld some frank words on Healthcare.gov earlier this week. "They didn't have a chance in hell. There was no way they were going to get this right -- they only had a 6 percent chance," he said.

More accurately, his group's data claims, about 52 percent of large projects are "challenged" -- an all-inclusive term describing them as over budget, behind schedule or not meeting user expectations. The leftover 41.4 perrcent are complete failures; meaning they are abandoned or were started over. It didn't help that the project's bosses at HHS were pushing unrealistic timelines and stress tests of the website were completely underutilized.

What Was The Rush To Get The Site Launched By October 1?

As former Presidential hopeful Newt Gingrich has continually brought up on CNN's Crossfire, the implementation of Obamacare by the White House has already seen officially half of its deadlines already missed. A full 41 of 82 hard deadlines that were set forth in the controversial Affordable Care Act have come and gone without a blink. So it's ever more interesting that the White House wanted so desperately to get this half baked site off the ground when it already had a failing grade in most other aspects of getting this law rolled out.

Much of the problem that engulfed the monstrous website was an audible called by someone in the government to require all users to register on the site before they could go "window shopping" or compare plans, to put it simply. The same kind of thing we do on Amazon, Ebay, etc every day was barred initially, and for what reason, no one yet knows. I'm smelling more than a rat here, and many public voices across both sides of the aisles are calling it a politically motivated bait and switch that was enforced to keep the true costs of these plans away from users as long as possible. If that was indeed the intention, it worked.

For example, a Manhattan Institute analysis of the new Obamacare plans found that on average, of the new plans being offered for men, premiums will be 99 percent more expensive. For women, they don't get hit as hard, but still see a 62 percent increase across the board on average. This is compared to plans that were offered under the traditional system. And for those that are very healthy (like myself), the increases will be even wilder they've found. My own initial discussions with a health insurance consultant I have been talking with are tentatively justifying these suspicisions.

Behind The Scenes: Garbage In, Garbage Out

From Thursday's testimony by contractors, admissions were made that sums of work were being manually entered by humans as opposed to relying on technical automation to get the job done. While not the biggest issue plaguing the site's performance and operation thus far, it's troubling indeed to see that such a massive operation is relying even partially on widespread keyed entry.

Jeff Rauscher, the Director of Solution Design at Redwood Software, takes direct aim with this flawed mentality. “The fact that the contractors involved with the healthcare.gov site have admitted that application data is being manually keyed in is alarming, given the fact that this procedure is no way sustainable with the number of applications expected... With millions of dollars and hundreds of hours spent on the healthcare.gov site, the Obcamacare team cannot simply do-over this project -- the best solution at this point is to make use of the existing infrastructure and sync up the vulnerable holes in the site with automation."

A recent Time.com article shed some light on just how the bad situation looks behind the scenes, and how much cleanup work insurance companies are having to do in light of the technology mess in place. For example, there are nightly reports that Healthcare.gov is pumping out on the backside showing details about all new enrollees day to day. The problem is, the data flowing into these reports is either coming in garbled, duplicated, or riddled with messy syntax errors. Some instances see people getting multiple enrollments and cancellations pushed through the system, but without basic timestamps being placed on submissions, the information is useless to insurance companies for the purpose of new signup management.

It may not be directly indicative of the poor coding that went into the final product, but you have to wonder why dummy data files present on the live website have developer 'easter eggs' pointing to Star Wars and Transformers characters. Was anyone auditing the code being pumped out by the development team? And why didn't the White House call in the "best and brightest" from the tech industry to begin with, instead of waiting until the damage was done? Taxpayer money well spent once again. (Image Source: Washington Examiner)

The short term recourse? One of the benefits of the small numbers of people actually being able to sign up is that insurance companies have been using manual phone calls to customers in order to double or triple check information stemming from the mangled backend. For the time being, it's a doable patch to a bigger problem -- but there is no way this messy cluster can continue forward with this much manual labor involved. What's the purpose of a high tech website infrastructure if we are relying on pre-1970's workflow management?

The VP of Compuware APM (an application performance management company), Steve Tack , hit the nail on the head earlier today when talking to industry magazine InformationWeek. "High-performing applications are not just something nice to have. Businesses can be halted without them."

Mangled IT Projects: The Status Quo For Federal IT

Who's really surprised about the mess that is Healthcare.gov? The writing was on the wall in some ways regarding the new site, if we are to judge the implementation on the basis of how similar federal IT projects have ended up. Ailing, overspent, or simply dead on arrival in some cases.

Last year, the US Air Force pulled the final life support on its ill-fated ERP project which burned through about $1 Billion in taxpayer money before they decided to cut their losses. Dubbed the Expeditionary Combat Support System, it was meant to replace over 200 legacy systems in use now, and the project began in earnest all the way back in 2005 -- a full 8 years before it was ultimately canned. The project was going to necessitate another $1.1 billion just to get 25% of the original scope, and even that was shooting for a target completion of at least 2020.

Other prime examples of dead-end IT projects include the FBI's infamous Virtual Case File initiative which was dumped in 2005. Although the cost and scope of the project was far smaller than the Air Force catastrophe, at only $170 Million, it's still a black eye on the agency.

The replacement to Virtual Case File, called Sentinel, went live in 2012 only after $451 Million spent in taxpayer money. The project was initially developed to meet the needs of the aftermath of the September 11 attacks, in order for government systems to more easily share information on intelligence. 11 years after the attacks, America's most public law enforcement behemoth finally had a system in place to allow it to work the way it needed.

Sentinel only incurred project overrun costs of $26 Million. The emphasis on only is purely sarcastic.

And while there aren't many public figures available, the USPS relaunched its front-end website and related backend infrastructure only very recently. While FedEx and UPS have been providing advanced functionality like to-the-hour tracking of where all of their packages are for over a decade now, the USPS just joined the digital world in this level of expected performance. I can remember my dealings with the USPS in the mid-2000's regarding lost packages (which used to be common), and having postal workers tell me that their systems considered cheaper service level packages "delivered" when they reached the post office.

It's like the IRS telling you that your income tax return was considered "delivered" when it reached your bank. Not your bank account, just your bank. Insanity is what I call that.

Accountability for packages on the level which FedEx and UPS have grown famous for is in its mere infancy at the USPS. Federal bureaucracy at its best, or a pure lack of innovative capability? You call it as you see it. But time and time again, the federal government pales in comparison to the stability and advancements that we have grown accustomed to in the private sector.

Watching this entire Healthcare.gov dog and pony show unravel is part comedy, part tragedy. Americans are being told that they will be facing increasing penalties for not jumping feet first into Obamacare if they are uninsured now, but even the Obamacare call center reps are admitting publicly that no one is impressed with what they are seeing. Will this tech nightmare give way to the delay of the controversial individual mandate? Here's hoping that's the case.

56 Responses to Why the Obamacare website Healthcare.gov had zero chance of success