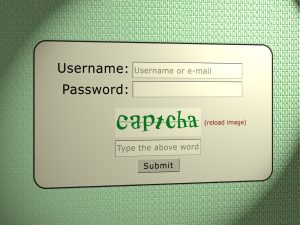 CAPTCHA are a thorn in the side of web users. Those almost indecipherable string of letters and numbers that are meant to help websites determine that you are a human rather than a spambot often cause more frustration for users than anything else, and they have now been cracked.

Vicarious, a California-based AI team, reveals that it has been able to develop algorithms that can successfully solve CAPTCHAs from the likes of Google, Yahoo and PayPal.

The cracking of CAPTCHAs by machine is nothing all that new, but Vicarious is reporting an extremely high success rate -- the algorithm is successful in up to 90 percent of cases. The company goes as far as saying that "this advancement renders text-based CAPTCHAs no longer effective as a Turing test". The Turing test -- introduced by Alan Turing, one of the old-masters of computing -- was developed to test whether a computer could pass itself off as a human being.

The algorithms were not developed specifically with a view to cracking CAPTCHAs (which stands for Completely Automated Public Turing test to tell Computers and Humans Apart), but it is one of the capabilities of the Recursive Cortical Network (RCN) technology pioneered by Vicarious. The techniques used differ from other methods that have been used to bypass CAPTCHAs in the past.

Vicarious co-founder D. Scott Phoenix says: "Recent AI systems like IBM’s Watson and deep neural networks rely on brute force: connecting massive computing power to massive datasets. This is the first time this distinctively human act of perception has been achieved, and it uses relatively minuscule amounts of data and computing power. The Vicarious algorithms achieve a level of effectiveness and efficiency much closer to actual human brains".

This could have huge security implications although Vicarious is planning for its technology to be used in "robotics, medical image analysis, image and video search, and many other fields". Could this be the end of the CAPTCHA? What methods should we use next to prove that we're human and not an advanced computer?