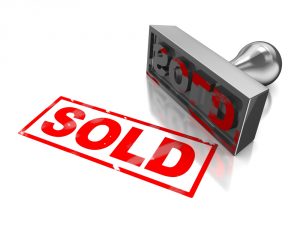 Dropbox is a name that's usually associated with online storage where it finds itself pitted against the likes of Google Drive and Microsoft's SkyDrive. But now the company could be branching out in a new direction with the purchase of Sold, one of the simplest online selling services ever invented.

Sold existed as an iOS and Android app and the idea was that a user uploaded a photo and brief description and everything else was taken care of by Sold -- no worrying about determining the best price or calculating postage. Or as Sold put it "doing all the dirty work for" users. There are no details about what will happen to Sold now that it has been, er, sold, but for now the site has been effectively shut down.

A statement on the Sold website reads: "As of today, our service will no longer be accepting new items".

We decided that the move to Dropbox couldn’t be better -- their roadmap includes exciting new experiences which align perfectly with our ethos of creating products that positively affect people. Going forward, the Sold team will continue working together to build these experiences, shaping the future of Dropbox for their 200M strong user base. It’s an opportunity too good to pass up.

At this stage it is not clear whether Sold will relaunch under a different guise, will be absorbed into Dropbox, or whether it will just vanish. But whatever happens, Dropbox has gained itself an interesting service or a number of new additions to its staff. Either that or it has just shut down the competition because of a future venture.