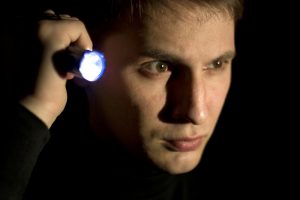 The permissions screen that pops up during the installation of an Android app has become the new EULA. Very few people bother to read through what is on screen before clicking through and going ahead with the installation -- you could be signing your life away for all you know!

Apps will let you know if they make use of your location, have access to your contacts, could send messages on your behalf and numerous other things. But in the case of Brightest Flashlight Free it turned out that the app was not only sharing users' location and device ID information with third party advertisers, but it was doing so secretly.

The company behind the app, GoldenShores Technology LLC, has been charged by the Federal Trade Commission (FTC) with deceiving its customers. You would think that this would have a negative impact on the app's popularity, but take a look at the Google Play listing and you'll find that, astonishingly, it still has a 4.8 out of 5 rating. It could be the case that news of the charges have yet to filter down to users, so we could well see this rating tumble when you consider that advertisers had the ability to learn precisely where in the world users were located, and tracked which ads they clicked on.

The complaint by the FTC alleged that "the company’s privacy policy deceptively failed to disclose that the app transmitted users’ precise location and unique device identifier to third parties, including advertising networks. In addition, the complaint alleges that the company deceived consumers by presenting them with an option to not share their information, even though it was shared automatically rendering the option meaningless".

GoldenShores Technology LLC has made a settlement with the FTC which means that all personal information that has been collected has to be deleted. The app will also be required to inform users how, when and why information is collected about them in the future. Founder of the company, Erik M. Geidl, has been ordered to allow the FTC to access advertising material and compliance documentation for the next five years, and also needs to notify the commission if he starts a new business or leaves GoldenShores Technology.

Do you take the time to read through EULAs and grant the permissions asked for by the apps you install? Should more be done to make software agreements easier to understand, and what steps can be taken to prevent developers from lying about what their apps actually do? Is it reasonable to expect every app to be tested before it is allowed to appear in an app store ready for download? Apple has a fairly strict review policy in place, but this has not stopped a few rogue apps slipping through the net. Do you have any ideas how these things could be better policed in the future?