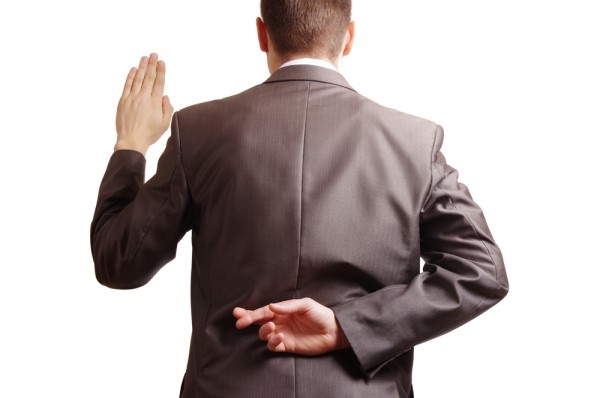 I'll be brief, because I'm seven days now with the flu and don't feel much like writing. But today's "open letter" for global government surveillance reform demands rebuke.

I'm all for curbing government snooping, but what about corporations collecting information? Tech Giant's -- AOL, Apple, Facebook, Google, LinkedIn, Microsoft, Twitter, and Yahoo -- reform rally is disingenuous and self-serving. These same companies collect mountains of personal information for profit. So, what? It's okay for them to snoop, but not governments?

My thinking: Trust no one, particularly those with strong financial incentives. I soundly support reform requests from parties that don't directly benefit from curbs -- particularly, in the United States, those standing on the Constitution.

In assessing anything I report about, the first question asked: Who benefits? The letters' principal signers are the biggest beneficiaries. These companies seek immediate public relations gains, by disassociating from an unpopular practice for which they either are or are perceived to be complicit. Long-term, reform removes the government as an information-collector competitor, frees these companies from having to share customer information with authorities, and loosens corporations from government scrutiny -- if nothing else extent of their own information gathering and location of their web servers.

Edward Snowden's revelations about NSA spying are unfathomable to comprehend and surely unconstitutional. But bureaucracy collecting information en masse is very different from the cold, directed tactics the letters' principal signatories use. They are easily able to identify who you are and build portfolios based on online behavior.

We all know the controversies about cookies. But companies like AOL, Facebook, Google, Microsoft and Yahoo know who you are once signed into their service. For some, like Google, that account follows you pretty much everywhere online. Okay, so the government amasses millions of Verizon phone records. I don't approve, but it's a wide net cast. By contrast, these tech giants hook and follow you directly. Which is more insidious then?

I don't defend government spying. Secret courts granting government unrestricted access makes my skin crawl. But that doesn't excuse corporate shenanigans. Someone needs to turn around these tech giants' self-serving demands and point the finger back.

The companies put forth five principles, which I adapt and apply to them:

1. Limit corporations' authority to collect users' data. Information tracking and gathering should be a 100-percent opt-in process. Users must implicitly agree, or no data can be gathered. If businesses prove they cannot be trusted, then it's time for a more anonymous model to emerge -- perhaps consumer tech that encrypts or scrambles all online activity or transactions.

2. Oversight and accountability. Government is incapable of overseeing corporate spying. There is implicit conflict of interest -- and bureaucracy moves too slow, while technology changes so fast. Corporations also cannot be trusted. Citizenary must work with bloggers, news media and free-speech groups to catch and publicize corporate spying. Boycott offenders.

3. Transparency about corporate information collection. All data collected about you should be immediately available on request. Companies must disclose with whom they share or have shared your personal information. There should be complete, unequivocal transparency.

4. Respect the free flow of information. Personal information gathering violates the very open principles behind the Internet. Corporations use your information to target advertising and even modify searches based on what some mindless algorithm determines are your preferences. Let users decide what's important to them, what information they want to share and with whom. Apply Principles 1 and 3 to achieve such end.

5. Avoid conflicts between corporations and customers. If users can choose whether or not to be monitored, see with whom personal information is shared and choose which third-parties see the data, both the corporation and customer benefit. Consent and control can endear users to their service providers. Consumers are informed and directly see the benefits of some information sharing. Trust binds them.