What have been the biggest disappointments of 2013? 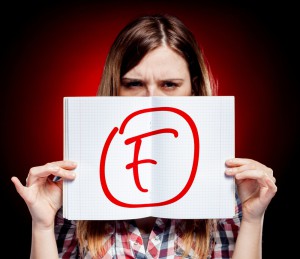 It's that time of year once again. Approaching the end of another 365 and a quarter days cycle puts us all in a reflective mood. It's not uncommon to look back at what has happened in the previous 12 months and pick out the highlights of the year. It's also quite common to look forward in anticipation of what the coming year might have to offer. But how about something a little different, something a little more downbeat? What have been your lowlights and disappointments? There's no need to end the year on a high, after all!

I am one of those people still devastated at the loss of Google Reader. Both as a journalist and as someone who simply devours news from all manner of sources, this was my go-to service for getting my daily -- well, hourly… oh, OK, five minutely -- fix of headlines from hundreds of websites. Double disappointment came when I thought an ideal solution was to be found in Feedly, but slow updates and a pricing structure I found objectionable meant that this soon fell by the wayside. Disappointment number two. Still, it helped me to discover InoReader -- every cloud, and all that.

Back to disappointments. Windows 8.1 did a great deal to address some of the shortcomings of Windows 8. I'm pretty happy with it -- although I have argued for the Start menu to be reinstated -- but it still left a lot of people wanting more. The update to Windows Phone 8 was a massive let-down for me. It was always meant to be a fairly minor update, but I clung to the hope that there could be a few surprises in there to make the OS vaguely usable.

Few people could honestly say that they're not at least slightly disappointed at the actions of the NSA and government agencies around the world. The biggest disappointment is two-pronged, however. First, it is very unlikely that things are going to change in the foreseeable future, nor is there likely to be an increase in transparency. Secondly, I think it is likely that this is just the tip of the iceberg. Edward Snowden has revealed a great deal about the kinds of activities that have been taking place, but it would be foolish to think that surveillance does not run even deeper and is even more prevalent than we already know.

Back on the hardware front, Apple's latest offerings in the form of the iPhone 5s (the less said about the 5c, the better, I think) and the iPad Air demonstrated a company caught treading old ground. I was initially excited at the prospect of the new iPhone, but on closer inspection, it enveloped me with an overwhelming sense of ennui. Thinner iPad? Meh.

This was not the only handset to disappoint. Many people felt let down by the Nexus 5. It was a phone that promised so much and ultimately delivered just enough. A phone that has no major issues, but proved to be far from mind-blowing. I could list more disappointments, but I think it's time to turn it over to you.

Oh -- how could I forget? -- I still don’t have the hoverboard I was promised by Marty McFly.

So, what have been your low-points of the year? Are there any releases that left you in tears, or are you mourning the loss of any online services? Offload below... it'll make you feel better.