Final 2014 prediction: the end of the PC as we knew it 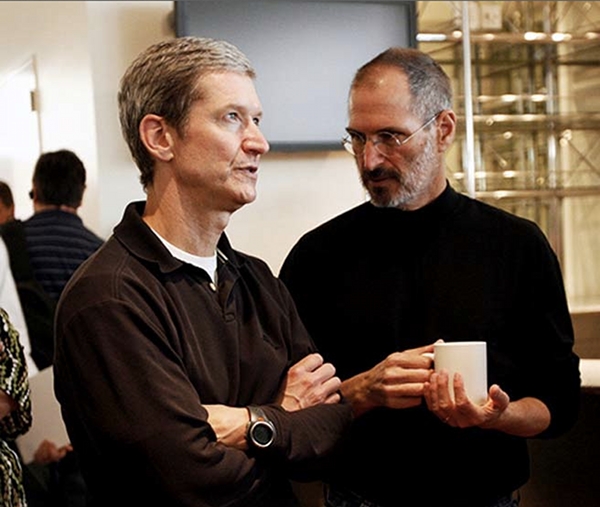 We’re generally a Macintosh shop here in Santa Rosa. I have Windows and Linux PCs, too, but most of the heavy lifting is done on Macs. Next Wednesday I’m expecting a delivery from B&H Photo (no tax and free shipping!) of four new iMacs plus some software totaling $5,407. I fully expect these to be the last personal computers I will ever buy.

Moore’s Law doubles the performance of computers every couple of years and my old rule of thumb was that most people who make their living with computers are unwilling to be more than two generations behind, so that means no more than four years between new PCs. And that’s the logic upon which the market seemed to function for many years. But no longer.

Wall Street analysts have noted the slowdown in PC sales. Servers are still doing well but desktops and notebooks are seeing year-over-year declines. Even Apple is selling fewer Macs and MacBooks than before. This trend is unlikely to be arrested… ever.

The computers I’m replacing are those of my wife and kids -- three Mac Minis from 2007 and a 2008 iMac. The Minis were all bought on Craigslist for an average cost of $300 while the iMac was an Apple closeout almost six years ago.

I don’t get a new PC this time but I did spend $400 to rebuild my 2010 MacBook Pro with 16GB of RAM, a big hybrid drive and a new, higher-capacity, battery, which should be plenty for the next 2-3 years.

The Minis are for the most part okay, but my kids tell me that the next version of Minecraft will no longer support their GPUs. None of them can be upgraded to the latest version of OS X, either. They’ve reached the end of the line as desktops so I’ll probably use them as servers running Linux. None of them will be sold or thrown away.

The 2008 iMac has been slowly losing its mind and now goes into occasional fits of spontaneous rebooting that I think is related mainly to overheating. I’ll leave it turned off until it’s time to copy over to the new machine. Until then Mary Alyce can use her 2008 MacBook.

What we have here is a confluence of three trends. The first trend is marginal performance improvements over time. Yes, a new PC will make your spreadsheet recalculate faster but if you can’t feel the improvement -- if the change isn’t measurable in your experience -- is it an improvement at all? Why change?

Gamers will always want faster computers, but a second trend will probably satisfy them. That trend is exemplified by the Mainframe2 column I wrote a few weeks ago. Apps requiring a lot of processing power are starting to migrate to the cloud where massive crowds of GPUs can be applied only as needed making much more efficient use of resources and allowing a PC gaming experience on devices like tablets. Adobe especially seems to be embracing this trend as a new way to generate consumer app revenue. They will be followed eventually by all software companies, even game companies.

Deliberate obsolescence can push us toward replacing a PC, but replacing it with what? The third trend means the next PC I buy for my kids won’t be a PC at all, but a phone. I wrote about this before in my column The Secret of iOS 7.

This is the key transition and one that bears further explanation. Apple is happy with it while Microsoft and Intel are not. Apple is happy because the average length of time we go before replacing a phone is actually getting shorter just as our PC replacements are getting farther apart. Long driven by two-year cellular contract cycles, the average life expectancy of a mobile phone is 18 months and in a couple years it will probably drop to 12 months.

Look at this from Apple’s perspective. If they sell us computers every five years at an average cost of $1,200 and a gross profit margin of 40 percent that’s $480 in profit over five years or $96 per customer per year. But if Apple sells us an iPhone every 18 months at a real cost of $500 (usually hidden in the phone contract) with the same 40 percent margin that’s $200 every 18 months or $133 per year. Apple makes far more money selling us iPhones than iMacs. If the phone replacement cycle shortens then Apple makes even more money from us.

No wonder Apple has little nostalgia for the Mac.

And given that the company dropped the word computer from its name back in 2007, they’ve seen this coming for a long, long time.

This year we’ll see an important structural change take place in the PC hardware market. I’m not saying there won’t still be desktop and notebook PCs to buy, but far fewer of us will be buying them. This tipping point has already come and gone and all I am doing here is pointing out its passage.

If you read about some Wall Street analyst attributing declining PC sales to the bad economy at, say, Dell or HP, well they are just being dumb. It’s not the economy, stupid. It’s a whole new market.

It should be no surprise, then, that Apple -- a company known for its market timing -- has just started shipping a new Mac Pro. That amazing computer is overkill for 95 percent of the desktop market. It represents the new desktop PC archetype, which is a very expensive hugely powerful machine tightly aimed at the small population of professional users who still need a desktop. Unless you are editing HD video all day every day, you don’t need a new desktop PC.

What the rest of us will get are new phones and whole new classes of peripherals. The iPhone in your pocket will become your desktop whenever you are within range of your desktop display, keyboard and mouse. These standalone devices will be Apple’s big sellers in 2014 and big sellers for HP and Dell in 2015 and beyond. The next iPod/iPhone/iPad will be a family of beautiful AirPlay displays that will serve us just fine for at least five years linked to an ever-changing population of iPhones.

Apple will skim the cream from the AirPlay display market, too, until it is quickly commoditized at which point the big PC companies can take over while Cupertino concentrates on the higher-margin iPhones.

Now imagine you no longer need or even want a desktop or notebook PC. What that means is your life becomes even more phone-centric with the result that your inclination to upgrade is further accelerated. Move the upgrade slider to 12 months from 18 and what does it do to Apple’s bottom line? Exactly.

And what does it do to Microsoft’s? Intel’s? Dell’s? HP’s?

Tim Cook has come under a lot of criticism for not moving fast enough at Apple but frankly this structural market change simply couldn’t have happened before now. He had to wait.

2014 will be Cook and Apple’s year and I don’t see even a chance that he will blow it.