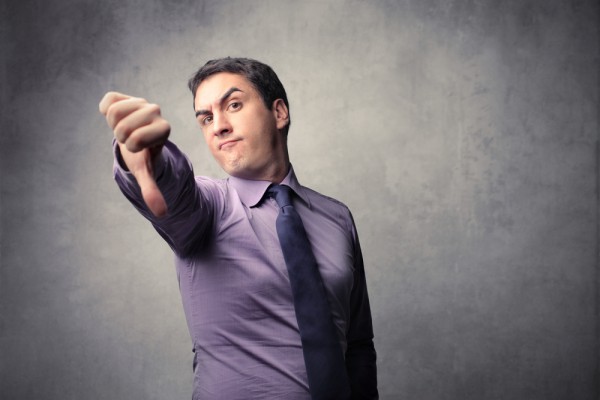 It is no secret that Microsoft is feeling threatened by Chromebooks and Chrome OS. A series of controversial ads which disparage the pair has already proved that. But when will the software giant stop playing the same old broken record that implies only Windows PCs are good enough to get real work done and Chromebooks are not?

Microsoft downplays Chromebooks due to their alleged inability to get "much done" without an Internet connection and without access to its own Office suite. This is the theme that Microsoft has used (and repeatedly abused before) to pitch Windows 8.1 in a new video advert. Seriously? How can a company that prides itself for its cloud services use those two arguments in 2014? Is that not the definition of hypocrisy?

The first argument is downright silly, for two reasons. First, Internet access is common in many households (even more so in US, the largest market for Chromebooks). There is plenty of Wi-Fi coverage in urban areas as well. Chromebook users do not have to worry about being offline while they are at home or at a bar or coffee shop.

And, second, there are many apps available for Chrome OS, which work (pay close attention to what I am about to say, Microsoft) without an Internet connection. Some even look and function like typical Windows apps (Google lists them in the "For Your Desktop" section of the Chrome Store). I am willing to bet that there are folks who cannot tell them apart, more so the little kids shown in the video advert.

Even though Chromebooks and Windows PCs can work well offline, no one in their right mind would like to (or could) work like that. An Internet connection is paramount to collaborate on documents, share files, stay in touch with friends and family and read the news, among other things. Not to mention that many people rely on it to earn a living. There are lots of business apps which are useless offline, and in such a scenario employees would be unable to do their jobs.

Realistically speaking, for most people, an offline Chromebook is just as useful (or useless) as an offline Windows PC, no matter how much Microsoft would like us to think otherwise. Most fun things happen with an Internet connection.

The Office argument is very thin as well, as even Microsoft offers web apps for creating and editing this kind of content (the suite is called Office Web Apps). There are other similar cloud-based services available, like Google Docs which most Chromebook users are likely turning to. By relying on this differentiating factor, Microsoft is implying that Office Web Apps is not good enough compared to the full-blown Office. Something just does not add up here.

Adding Kids Into the Equation

This brings me to this advert, which shows a mom using these very two arguments to justify buying a Windows 8.1 laptop for her little kids, instead of a getting them a Chromebook. But...

Do they need Office to get things done? Is Office Web Apps not good enough for their needs? Are they die-hard Internet Explorer fans and cannot use Google Chrome? Will they use their new device offline? Is she willing to spend countless hours reinstalling Windows and all the apps or troubleshooting various issues, after her kids mess things up?

In this case I am struggling to understand how a Chromebook is a bad choice (except maybe for playing Windows-exclusive games which is where such a product would work best). It is usually cheaper, easier to get up and running, easier to use and, for the most part, offers a hassle-free experience. If I was a commenter I would be tempted to say Microsoft is spreading FUD.

Windows May Be Better, But The Ad Does Not Show It

Microsoft is using the wrong reasons to convince people to buy Windows 8.1 PCs. The software giant should focus on touch, as the operating system is designed for it, integration with its cloud services and social networks like Facebook and Twitter, the easy to use Modern UI (with touch) and the option to use virtually any piece of software meant to run on recent versions of Windows. Bashing Chromebooks and relying on debunked myths fails to get its point across.

All this video does is convince us that Microsoft has no idea regarding what Chromebooks can do and the sort of products it is continuously trying to pitch to consumers (yes, Office 365, SkyDrive -- soon to be OneDrive -- Outlook.com, Skype, Internet Explorer and others like them) and how they work -- yes, only using an Internet connection.