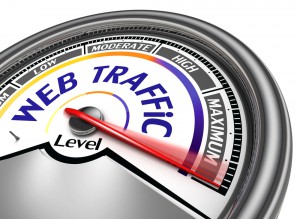 There was once a time when the popularity of a webpage was measured by the hit counter that was featured prominently on it. Thankfully these days are long gone, but there is a new type of counter.

There are few sites that don’t try to take full advantage of social networks, and many online articles -- including here at BetaNews -- include links to share content on the likes of Facebook and Twitter. It's easy for all to see how many times something has been shared, but this reveals little about the number of actual views this has translated into. But there is one place where the hit counter lives on: YouTube.

Head over to the site and pick a random video. Immediately beneath the video you can see how many other people have already watched it. Unless the number is particularly high, or really low, you may pay no attention to it -- or even not notice it. But the number of people viewing a particular YouTube video is important. It influences how far up it appears in search results and, perhaps more importantly, it has a huge impact on the amount of trust other viewers place in it.

It should perhaps come as no surprise that, just as it is possible to buy followers on Twitter, it is also possible to artificially inflate the number of views your video has received. Google admits that this is a problem that affects a "minuscule fraction of videos on YouTube", but no matter how small the numbers, something is being done about it. The search giant is now "periodically auditing the views a video has received". Should anything amiss be detected, then fraudulent views will be removed.

In a post on the Google blog, Philipp Pfeiffenberger says: "When some bad actors try to game the system by artificially inflating view counts, they’re not just misleading fans about the popularity of a video, they’re undermining one of YouTube’s most important and unique qualities". The post also advises YouTube users to exercise caution before considering turning to third parties offering to sell fake views. YouTube's support pages detail other methods that can be used to artificially boost numbers.

It is not just viewers who are concerned about the validity of video view figures. YouTube is used by advertisers to reach a massive audience, but it is important that both Google and its paying advertisers have an accurate record of just how many people have seen a particular advert. Google needs to be seen trying to do everything it can to ensure accurate viewing figures, and this latest move is a step towards that.