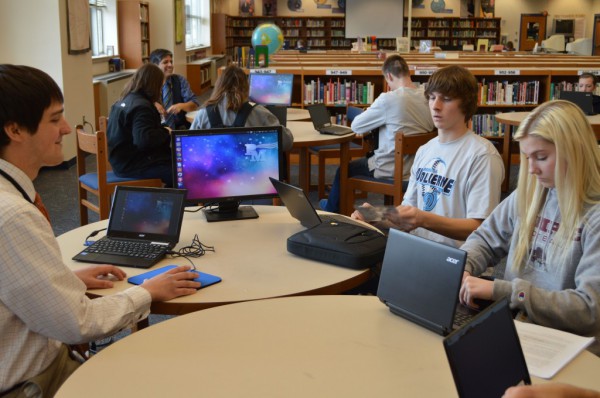 Linux is everywhere; from mobile phones to web servers. Even Chromebooks run Linux. Ironically, Chrome OS is a poor platform for actually learning about the open-source kernel. This is because Google's OS is limited by design. And so, it does not behave like a typical Linux distribution.

Instead, students would be better served by using a true Linux distribution, such as Ubuntu, Fedora or Mageia. With that said, a forward thinking school in Pennsylvania has done just that. Penn Manor High School has purchased 1,700 laptops running Ubuntu.

According to the school, "each student received an Acer TravelMate TMB113 laptop, mouse, flash disk and case. Kits were distributed, by grade level, during the week of last week of January 2014. The bulk of the distribution took 4 days. During distribution, students received an orientation session to help them get started with the new laptop".

Handing out laptops to students is not news, but the underlying OS is -- Ubuntu 13.10. This is an up to date, easy to use distribution, which will allow the students to learn more about Linux. Somewhere in the world, Linus Torvalds is smiling.

Believe it or not, the school has not locked-down the machines for software installation. Students can explore all aspects of the operating system and install the software of their choosing. The only caveat is that they respect copyright laws as well as the school district's policies.

However, web content will be filtered. "As required by the Children's Online Protection Act, (CIPA) each laptop is equipped with a filter to block material deemed harmful to minors. Filters are enabled both on and off campus", says the school. Regardless of your stance on censorship, protecting the morals and minds of high-school students is a positive.

The school should be applauded, not only for thinking outside of the Microsoft and Google box, but for embracing open-source philosophy. These students will learn more than how to use Facebook and Microsoft Word. Not to mention, besides the students benefiting, so does the Linux community. Future open-source evangelists and programmers may be bred from Penn Manor High School.

Should more schools embrace Linux? Tell me in the comments.

13 Responses to Schooled by Linux -- 1,700 students get Ubuntu laptops