Hey, Google! Please be open and honest with your search ads 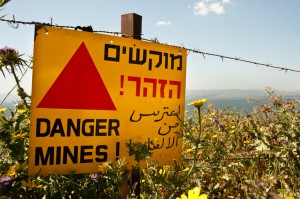 It may not be a new season, but it's time for a Google makeover nevertheless. This time around it is the search results page that has been given a lick of paint, although you might be forgiven for not quite being able to put your finger on what's changed. You'll almost certainly notice that things look a bit different, but the details may escape you. The changes were put in place yesterday, having been heralded on Google+ by Google search designer Jon Wiley who explains that the subtle changes are to bring the desktop look more in line with that used on mobile devices.

The size of search result titles has been boosted, and the underline that was present has now been removed. Wiley says that "we've […] evened out all the line heights [which] improves readability and creates an overall cleaner look". This all sounds great in principle. After all, as Wiley points out, it helps to make "the multi-device experience more consistent". But it also ushers in a few concerns.

For some people (I'm talking specifically about the people who have commented on Wiley's Google+ post), the absence of underlines is a little disconcerting. While it may seem like a very small change, it could take some getting used to. Some people have complained that search results are harder to pick out without the guide of an underline. You would think that the larger font would help here, but this is also not going down well with some searchers.

Others have noted that there are weird inconsistencies between web browsers, with the look in Firefox being described as having "horrible" typography. User Wood Whittler gives a simple review: "It looks crap.  Pure and simple".

But perhaps the most worrying aspect of the redesign is that ads sort of blend in with search results. Yes, there's a little Ad label there but... yellow on a white background? Come on! You can try a bit harder than that! Many people were unhappy with ads being, er, added to search results, but it is more bearable when they are obvious. Sure, ads appear at the top of search results, but not every search causes ads to be displayed. It's not possible to just train yourself to mentally filter out the top couple of results, because sometimes these will be real results that you might want to click.

I would go so far as to describe the redesign as dishonest and misleading. Users are essentially being tricked into accidentally clicking on ads that are, all too frequently, virtually indistinguishable from regular results. It's sneaky and mean-spirited. Ads may not be disappearing any time soon -- this I can live with -- but Google should at least have the decency to make them obvious.

6 Responses to Hey, Google! Please be open and honest with your search ads