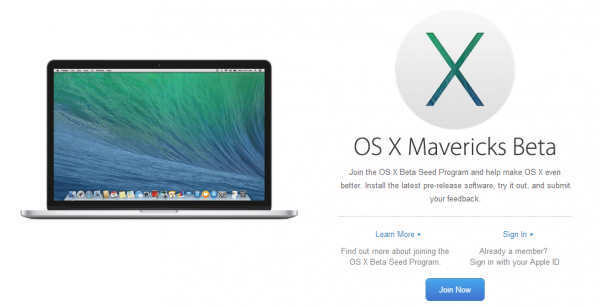 The concept of beta software has changed dramatically over the years. It used to be that a "beta" designation meant software was buggy and not ready for production machines. However, companies like Google have desensitized users by keeping software in perpetual beta mode. I mean hell, Google Maps navigation still comes with a notification about being beta, yet many people depend on it for not getting lost.

Apple is a company that does not offer beta software to the public very often. Although, voice-assistant Siri was in beta status when it was first released. In this case, the beta moniker was really used as a way to deflect negativity. I mean, come on, how can one of the biggest selling-points of your new smartphone be beta? Well, Apple is back at it today, as it makes OS X beta software available for testing to all users -- not just developers and employees.

This is a very strange announcement, as the company prides itself on stable software. The Mac vs. PC commercials made it clear that a reliable and stable experience was a feature of OS X. By opening up the testing to all, the company may be opening itself up for some bad press when negative things happen. True, Apple will warn that it is "at your own risk", but customers don't care about small print or warnings. In other words, if there is a danger of data loss or computer failure, warnings be damned, the onus falls on Apple for making it available.

The real question becomes, why make it available to the public now? There must be a motive for the madness and quite frankly, I don't think it is positive. Apple hasn't needed public beta testing of OS X lately, so this could be signaling that there is trouble in Cupertino. The internal teams at Apple may be overwhelmed, as the SSL bug that plagued the OS in February may indicate. It was such a simple piece of bad code, that should have been caught, but wasn't. While I don't think Apple wants users to review lines of code, shockingly, I do think they truly need the public's help.

Some will say that this is simply Apple being nice -- bull. The company, like all companies, is driven by money and no move goes without calculation. This is not Apple being "cool", something is afoot -- this is not passing the smell-test.

But OK, lets assume all is roses, I signed up for the beta program here. I had to enter my Apple ID and password to get started. I was then presented with the below screen. Apple recommends backing up your computer and I agree, so I copied my OS X SSD to a spare 2TB HDD using SuperDuper!. This way, if anything goes wrong, I can simply restore my SSD using the HDD -- nice and easy.

Apple supplies a special download of a program which flags your machine as beta-ready. From here, the App Store will launch and prompt you to update your operating system. There were two downloads available --  iTunes 11.1.6 and OS X 10.9.3, totaling 542MB. I proceeded to download them both and it went extremely fast -- like, just a few minutes. After that, I was presented with a 1 minute timer, at which my computer would reboot (I selected to reboot immediately). The installation went equally fast, taking only a few minutes. After the reboot, I was relieved to see that my Mac booted up successfully and all was well -- no signs of any bugs. While no new features or changes are immediately apparent, I will have to play around for a while. 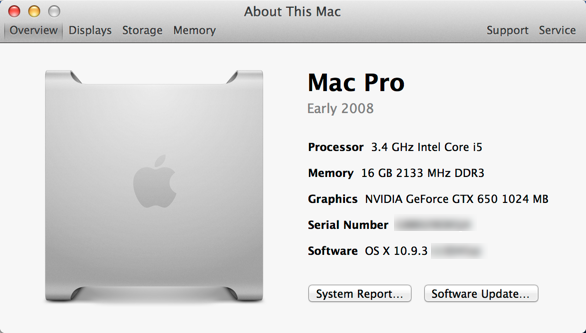 Will you join the Beta Seed Program? Do you think this public program is a bad idea? Tell me in the comments.

12 Responses to Apple's Beta Seed Program brings beta versions of OS X to public -- is that a bad idea?