Do Not Track: Stop using Yahoo if you're concerned about privacy 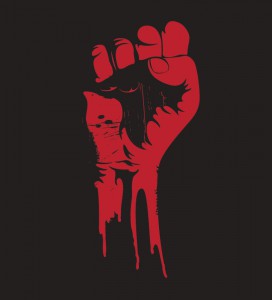 It has been mentioned here and there, but to be honest I am very surprised that more of a stink has not been kicked up about Yahoo's announcement last week. Quietly slipped into a blog post by the slightly ironically named Yahoo Privacy Team, the web firm announced that "Do Not Track settings will no longer be enabled on Yahoo". Yep, sod privacy, Yahoo is more concerned with delivering "A Personalized Experience" -- Yahoo's capitalization, not mine.

Do Not Track has been around for a few years now -- interestingly, Yahoo was one of the first companies to start using it -- and it makes it possible for users to prevent websites from monitoring their online activities. It's a feature that is supported by a number of browsers, either as a built in option, or one that can be added through the use of an extension, and it is something that has been welcomed by privacy groups all over the world.

Yahoo's justification for the change of heart is laughable:

"Here at Yahoo, we work hard to provide our users with a highly personalized experience. We keep people connected to what matters most to them, across devices and around the world. We fundamentally believe the best web is a personalized one".

There is also the claim that "we have yet to see a single standard emerge that is effective, easy to use and has been adopted by the broader tech industry". There may be an element of truth in this but really -- so bloody what? Defining a standard becomes far harder if the self-proclaimed "first major tech company to implement Do Not Track" changes its mind about whether to use it or not.

Of course, it has absolutely nothing to do with tailored advertisements does it? The blog post points out that "users can still manage their privacy on Yahoo while benefiting from a personalized web experience" (via the Yahoo Privacy Center), but how many Yahoo users are -- honestly -- going to do this? It would require them to a) know that something had changed that they need to take action on, b) know that it is possible to do something to protect their privacy, c) know how to do it, and d) actually get around to doing it.

It is worrying that Yahoo can just decide to ignore a privacy feature that has been implemented in numerous forms. Users who have opted to use Do Not Track have -- in most cases, at least -- done so for a particular reason: they value their privacy. For Yahoo to ride roughshod over that is just plain rude. These are not the actions of a company that values its customers for anything more than an income stream.

Yahoo is being sneaky and underhanded. It is also being incredibly dishonest in its reasoning for the change. At least it would be possible to offer begrudging respect to the company if it came out and said "This Do Not Track thing is really hitting our income from ads, we need to ditch it", but the announcement is both very quietly made and -- I would suggest -- is far from giving users the full story.

I'm neither a user nor a fan of Yahoo, so the change has little, if any, immediate impact on me. But the worry is that other firms will follow suit and the privacy of the individual will be further eroded. Too many companies seem keen for us to forget that privacy is a right, and giving it up should not be the price we are expected to pay to use the internet.

13 Responses to Do Not Track: Stop using Yahoo if you're concerned about privacy