Is it time to 'Reset the Net'? 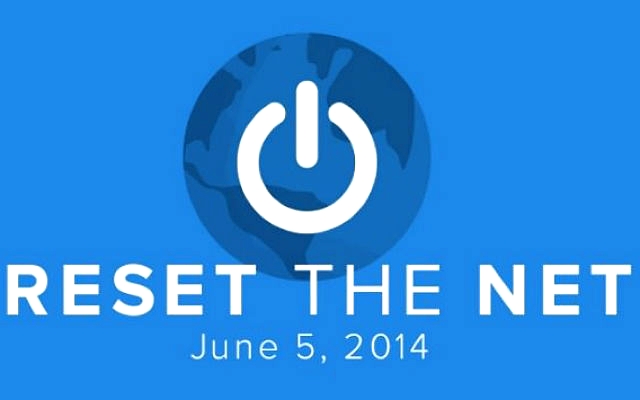 A new campaign called "Reset the Net" has been gaining ground in recent days, with major privacy pressure groups coming out in full support of its mission.

More than 30 of the groups, including Fight for the Future, Demand Progress, Reddit, Free Press and the Libertarian Party, have set June 5 as the day to "Reset the Net" by deploying new privacy tools and enhanced security solutions.

The campaign arose as a response to the shocking revelations of government surveillance exposed by whistleblower Edward Snowden in June last year. The Reset the Net event looks to commemorate the first anniversary of Snowden's leaks by calling for a radical overhaul of how businesses and individuals look at the security of their data.

"We can't stop targeted attacks," the group says on its website, "but we *can* stop mass surveillance, by building proven security into the everyday Internet".

The group is calling for website administrators to post a splash screen on their sites similar to the one used by sites such as Wikipedia to protest the SOPA bill that many thought would undermine the freedom of the Internet.

Code for the splash screen is still under development, but the Reset the Net group promise that it will "look awesome" and also "give visitors... an opportunity to contact their members of Congress, to say why they're taking steps to protect the Internet, and that lawmakers have been too slow to act".

The group is also urging companies to "Pledge to add SSL, HSTS & PFSprotection this year" to their website," adding "it matters!"

For app developers, the group advises that "if your app talks to a server, use SSL & cert pinning, and make sure all third party code like ads & analytics does too".

They also add that, "if it's a messaging app, consider end-to-end encryption".

8 Responses to Is it time to 'Reset the Net'?