Is AdBlock Plus killing the web? Massive memory usage is dragging Firefox down 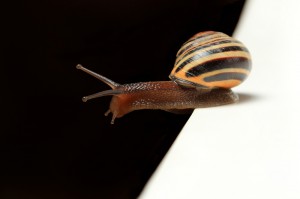 As something of a browser butterfly, I like to keep an eye on what's happening with browsers other than the one I'm currently using fulltime. Like many tech journalists (and non-journalists for that matter), I gave up on Internet Explorer quite some time ago, opting for Firefox initially. I also dabbled with Opera and Waterfox, amongst others, but for a number of years it was Firefox that delivered web pages to me. Sadly, I noticed that things started to slow down. New versions were more bloated and sluggish, and in the search for better performance, I ended up with Chrome. I've been a Chrome user for years now, but I was recently spurred into trying out Firefox once again.

Quite where the impetus came from, I'm not sure -- just one of those "let’s see if anything's changed" moments, I guess. Apart from little quirks like the refresh button being on the "wrong" side of the program window, Firefox seems pretty decent. I was impressed by the sharpness of the display for starters -- I had forgotten that Chrome handles high DPIs very poorly. As I'm using a Surface Pro running at 1920 x 1080, running at 150 percent DPI scaling is essential (I don’t have microscopes for eyes!) and Chrome makes everything look slightly blurry... not enough to put me off -- I'm still using it, after all -- but Firefox was a revelation!

Performance-wise, I found there to be little difference between Chrome and Firefox. No exhaustive tests were performed, though from general usage everything "felt" about the same. So I stuck with Chrome. I'll put up with the blurriness for now -- although now it's at the forefront of my mind, it would be nice if Chrome devs pulled their thumbs out and got it sorted. It's been going on for years now, and it really shouldn’t be hard to fix. Other browsers cope with high resolution displays without problems. The point of all of this is that Firefox suddenly entered my life after years of absence, so what happened last night struck me as interesting.

Loading TechCrunch in Firefox uses 194 MiB of RAM. With AdBlock Plus, it uses 417 MiB. Jeez. https://t.co/oA19fQSsPw

Having previously had concerns about Firefox and Chrome's memory usage, this piqued my interest. So this morning I fired up Firefox. One tab open -- BetaNews, of course -- finds memory usage sitting at around 184MB (Chrome, for comparison, eats up about 112MB for the same). OK, so let's get AdBlock Plus installed to check out these claims.

Instantly, memory usage for Firefox rocketed to 383MB -- so more than doubling -- although it did drop slightly to 350MB after a few minutes. It was a very different story in Chrome where installing the same extension seemed to have no effect on memory usage whatsoever. Weird.

Over on the Mozilla blog, the numbers are crunched. Just having AdBlock Plus installed in Firefox increases memory usage by 60MB or more, and an extra 4MB per iFrame found on websites -- which can really mount up. The problem is being attributed to the fact that AdBlock Plus is loading a colossal stylesheet for each and every iFrame.

As reported by Martin Brinkmann on Ghacks, the problem can be partially alleviated by using a custom blocklist rather than one of the defaults, but the issue has still been logged as a bug on Bugzilla. Other options, of course, include not using an adblocker at all, or using one of the countless alternatives.

For many people this will be seen as another reason to avoid AdBlock Plus. While the add-on's website proclaims that its aim is "making the web a better place", it appears to be doing much the reverse. There has long been an argument that blocking advertisements hurts websites, curtailing valuable revenue streams and, ultimately, affects the viability, longevity and even content of sites. But it also seems that the add-on is hindering many people's online experience, and possibly Firefox's usage figures.

Computers may have more memory than ever before, but reliable memory management is still important. How many people will have installed Firefox, unquestioningly installed AdBlock Plus on a friend's recommendation, only to find that performance was so poor that they have returned to Internet Explorer, Chrome or wherever else they came from? How many people just labor on, putting up with poor performance assuming that's just the way things work?

What has your experience of AdBlock Plus been? Do you find it to be a memory hog in Firefox or other browsers?

86 Responses to Is AdBlock Plus killing the web? Massive memory usage is dragging Firefox down