Did the NSA help kill UWB? 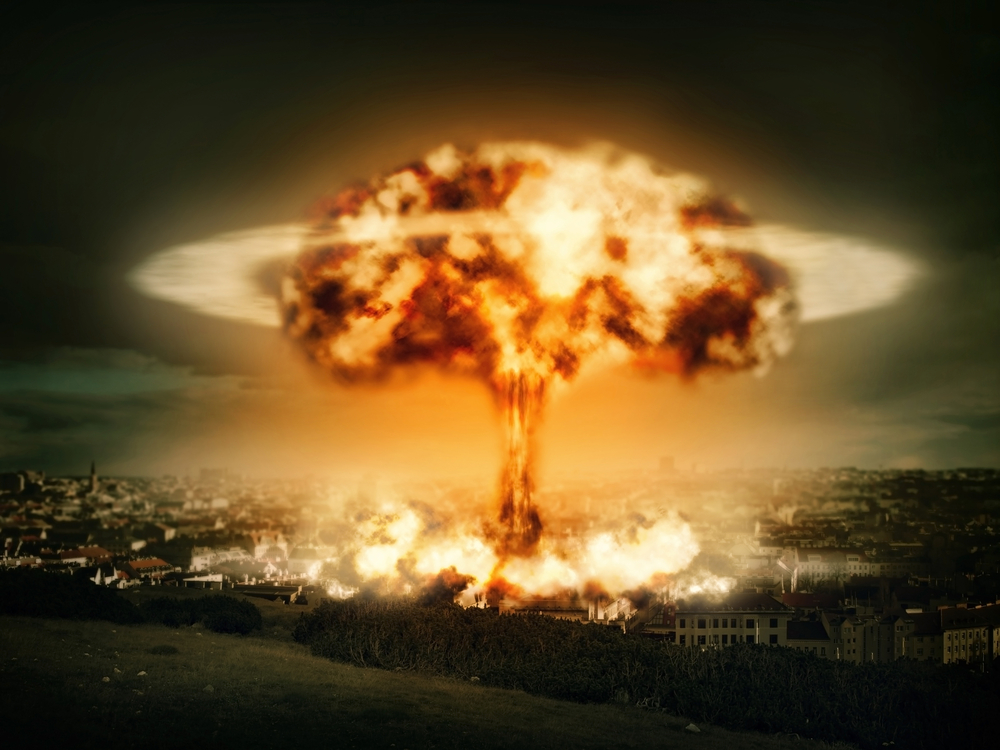 Revisionist history is looking back at past events in light of more recent information. What really happened? And no recent source of information has been more important when it comes to revising the history of digital communications than former National Security Agency (NSA) contractor Edward Snowden. Today I’m really curious about the impact of the NSA on the troubled history of Ultra Wide Band (UWB) communication.

I stumbled on this topic with the help of a reader who pointed me at a story and then a paper about advances in secure communication. Scientists at the University of Massachusetts came up with a method of optical communication that they could mathematically prove to be immune to snooping or even detection up to a certain bit rate. To an eavesdropper who didn’t know what to listen for or when to listen for it the communication just looks like noise.

"Who knew that people were actually thinking about replacing IP communications?" asked my reader. "This paper is interesting in that point-to-point communications uses Layer-1 for the entire signal.  I had been thinking Layer-2, but here is secure Layer-1 communications".

But it looked a lot like Ultra Wide Band to me.

Many readers won’t remember, but UWB was a big story about 12 years ago. I wrote a couple of columns on the subject back then and it looked very promising. The venture capital community thought so too, putting about $1 billion into a number of UWB startups, all of which to my knowledge eventually failed. But why did they fail?

UWB would not have replaced IP communications in that senders and receivers might still have used IP addresses to identify themselves if they chose to do so, but it promised to replace nearly all of the machinery inside big chunks of Internet, bringing secure multi-gigabit wireless communications to LANs and WANs alike.

The UWB startup that got the most press back then was called Time Domain and the name says a lot about how the technology worked. Rather than using specific frequencies UWB transmitted on all frequencies at the same time. The key was knowing  when and where in the frequency band to expect a bit to appear. Two parties with synchronized clocks and codebooks could agree that at 10 nanoseconds after the hour at a certain frequency or range of frequencies a bit would appear if one was intended. The presence of that signal at that time and place was a 1 and the absence was a 0. But if you didn’t know when to listen where -- if you weren’t a part of the conversation -- it all looked just like noise.

There was a San Diego startup called PulseLINK that came up with the idea to try UWB not only through the air but also over wires. They reasoned that RF traveled through copper as well as it traveled through air. So they injected their UWB signal into the local cable TV system (without permission of course) just to see what would happen. Could they establish point-to-point and point-to-multipoint communications as an Over-The-Top network on the local cable plant? It worked. They created a gigabit network atop established cable infrastructure without the cable company even noticing it was happening.

One fascinating aspect of the PulseLINK test was that UWB, which is an electrical signal, was able to propagate throughout the Cox cable plant even though sections of the Cox network used optical signaling. They went from electrons to photons back to electrons again and the fact that was even possible came down to the fact that it was CATV, not IP. Had the cable system been IP-based every electrical to optical conversion point would have involved capturing packets, fixing them as needed, then retransmitting them, which would have foiled UWB. But in the rotgut world of cable there were no packets -- just an analog signal carrying digital and analog data alike which was block converted from one medium to another and back. So the UWB data was converted and retransmitted throughout the cable plant as noise.

UWB was controversial and there were many RF engineers who opposed it, arguing that it would hurt standard communications and even take down the GPS system. 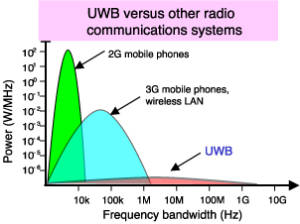 But UWB had many other people excited not only because it promised huge bandwidth increases but because it would enable communication with places previously unreachable, like submarines deep underwater. It offered not only wireless communication with miners underground but could support a type of radar to identify where underground the miners were located in case of an accident. UWB was similarly going to revolutionize communication among firefighters showing where they were inside burning buildings. The same, of course, could be done for soldiers in battle.

And all of this would have been essentially immune to eavesdropping. No man in the middle.

So what happened? The FCC was asked to approve UWB and did so, but with extreme power limitations, turning what would have been a WAN into not even a LAN but a PAN -- a Personal Area Network -- with a range of 10 meters or less. UWB, which had been intended to compete with every networking technology ended up a competitor only with Bluetooth. And with its vastly higher computational complexity UWB couldn’t economically compete with Bluetooth, and so all the UWB startups died.

The FCC decision was a shock to all involved, especially to the VCs who had ponied-up those hundreds of millions of dollars. Yet nobody protested much, no bills were offered in Congress pushing the FCC to change its mind. Just move along people, nothing to see here.

The FCC said in its 2002 rule that they would revisit UWB but never really did.

The FCC’s argument was that successful UWB communication would have raised the noise threshold for other kinds of RF communication. This is true. But I never saw any studies showing that it would have kept anyone from listening successful to Top-40 radio. The pulses were so short as to be undetectable by legacy equipment. It always seemed to me the FCC rationale was too thin, that they killed UWB too easily. But what did I know?

The better question today, I think, is what did Edward Snowden know? Given what we now know of the NSA’s broad interference in the networking business they would have opposed a new technology that would have defeated all their snooping work to date. Of course the NSA hated UWB. And the Department of Defense and the Central Intelligence Agency would have loved it. Here was the possibility of a truly private global channel if they could keep it to themselves.

This is all just speculation on my part, but Snowden got me thinking. Did the NSA help the FCC to kill UWB? That’s exactly the kind of idea that would have appealed to the second Bush Administration. Did the US intelligence and defense communities pick up UWB to advance their own secret communication capabilities while silencing any VC outrage by covering some of their losses?

That’s what I would have done were I Dick Cheney.