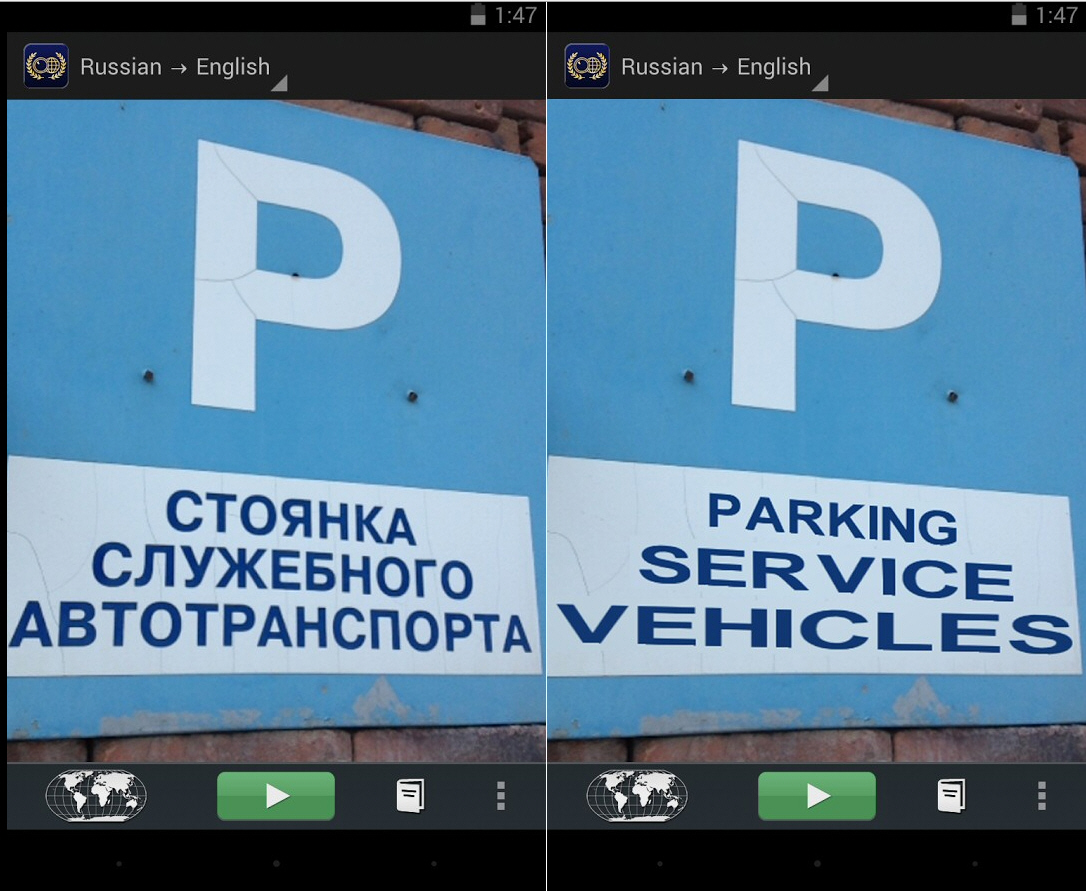 Google has acquired Quest Visual and its top translator app Word Lens, according to a statement on the Quest Visual site.

One immediate benefit for everyone is that the app -- and its language packs -- are now free to download, although apparently "for a limited time" only.

If you’ve not seen Word Lens before, it’s an impressive app which (almost) instantly translates printed words with your iOS/ Android device’s camera.

We’re not just talking about grabbing an image and displaying an OCR translation elsewhere, either. Word Lens actually replaces the words in the picture with their translated version, so all you notice is that the menu (or notice/ sign/ invoice/ whatever) has suddenly become readable.

There’s support for translating French, German, Italian, Portuguese, Russian and Spanish, both to English and back again.

All this is very easy to use, too. Choose your required translation and direction (English > Spanish or Spanish > English, say), then just point your camera at the printed text in question, hold it very steady, and the image should update in a fraction of a second.

There are also some issues. The translation quality is variable, and an extreme sensitivity to movement doesn’t help (if there’s the slightest tremor then the translation may change).

Considering what it’s trying to do, though, Word Lens mostly performs very well. But presumably it’s not going to last long as a separate product: Google will just want to take the technology and use it elsewhere. So if you’re at all interested, don’t waste any time -- go grab your copy immediately.