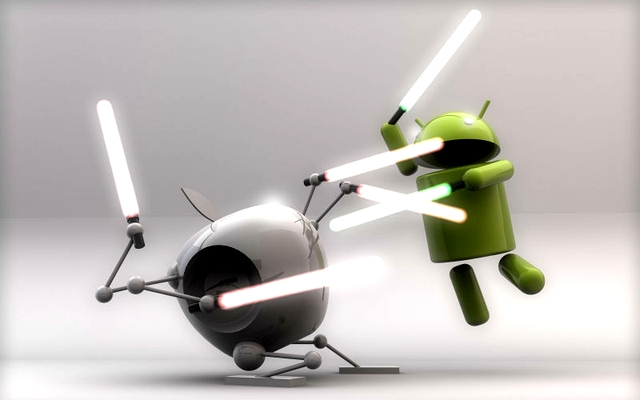 Since the mobile universe was first split into the great hulking behemoths of iOS and Android, smartphone users have been asking "How can I run Apple apps on my Android device?"

Well, this could be the answer you're looking for. A team of US computer scientists has announced the development and successful testing of software that allows Android and Apple apps to run side-by-side on the same devices.

The software, dubbed Cider, lets Android gadget owners mix and match the Android and iOS apps they load on their phone or tablet. It was created by postgraduate researchers at the University of Columbia.

While the team claims that Cider is only a prototype, as a proof of concept it sends a powerful signal. Today, Android users are unable to get at apps that call on media in Apple's iTunes, and smartphone users running iOS struggle to use Flash-based content.

Cider would change all that, allowing people to use a single device to access both.

But this isn't simply virtualization, which can often come with some serious performance drawbacks.

The Columbia researchers adopted a different approach that involves the kernel of the Android operating system. The approach works by acting on the stream of instructions passing through an Android device, and altering only those that pertain to the iOS apps.

A demo video (below) demonstrates the apps running side-by-side on a Nexus 7 tablet. However, some have pointed out that the Apple apps are running relatively slowly.