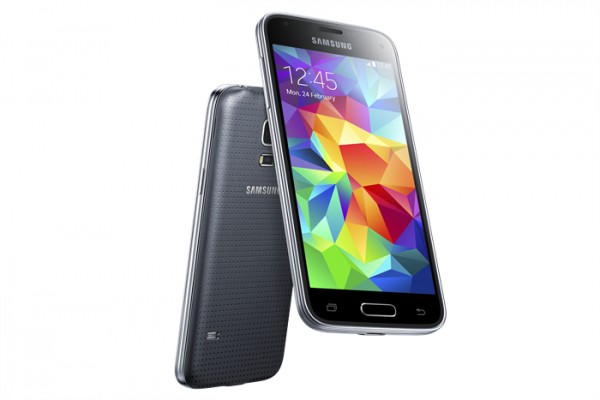 As we have come to expect from Samsung in the past couple of years, shortly after launching a new flagship Android smartphone, the South Korean maker will also introduce a smaller model sporting similar design traits and less powerful hardware (and, of course, a lower price tag).

This year is no exception as today Samsung takes the wraps off its new Galaxy S5 mini. The smartphone does not push the boundaries of what mini stands for, featuring a decently-sized 4.5-inch Super AMOLED display and physical dimensions on par with comparable handsets. It also does not skimp on Galaxy S5 features, coming with a fingerprint reader on the front and heart rate monitor on the back.

Taking care of photos are an 8 MP main camera (with LED flash) and a 2.1 MP secondary camera. Both shooters can record 1080p video at 30 FPS, which is fairly standard for a mid-range device in this day and age.

As far as storage goes, Galaxy S5 mini comes with 16 GB of internal memory and a microSD card slot which can extend the capacity by a further 64 GB. The "standard" Galaxy S5 comes out on top thanks to a bigger display with a higher resolution, more powerful processor, more RAM, more flexible storage trims, and higher-resolution main camera and video recording. Galaxy S5 mini, however, retains the IP67 certification for dust and water resistance.

Unsurprisingly, Samsung offers Galaxy S5 mini with Android 4.4 KitKat out-of-the-box and with the expected skin and branded apps and features on top, which include S Health, Private Mode and Ultra Power Saving mode.

Galaxy S5 mini comes in at 131.1 x 64.8 x 9.1 mm and 120 grams. It will be available starting this month (that would be July 2014) in Russia with a planned global expansion in tow. Available color options include Charcoal Black, Copper Gold, Electric Blue and Shimmery White. There is no information regarding its price yet, but, as I mentioned earlier, expect it to be much cheaper than its flagship sibling.