Send emails from the command line with ShellSend 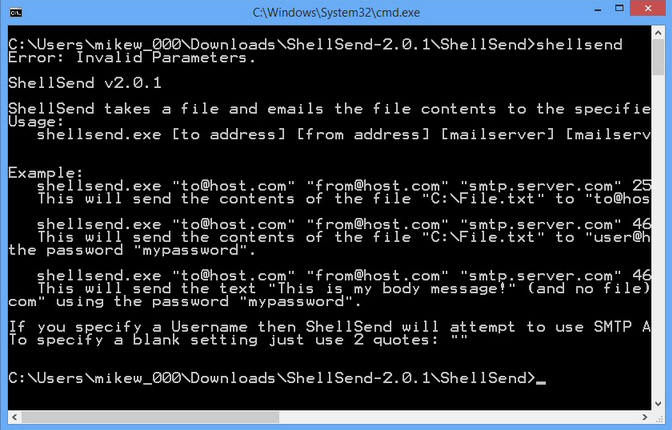 Binary Fortress Software has announced the release of ShellSend 2.0, the latest edition of its free tool for sending emails from the command line.

The new build adds an extra parameter which specifies the email body text, rather than pointing the program at a separate text file.

If you’re creating a script which you’d like to notify you when it’s finished, for example, you can now use something like this (all on a single line).

ShellSend 2.0 also supports sending messages via SSL (replace 25 0 with 465 1). And if you don’t need authentication, you can simplify its commands by leaving the user name and password blank (just use double quotes, like “”).

As usual with this kind of tool, it’s very much bare bones emailing, so for example you can only send text messages: binary attachments aren’t supported.

ShellSend 2.0 can still be a handy addition to your scripting toolkit, though, and as it’s portable there’s at least a chance you’ll be able to use it on other systems.

2 Responses to Send emails from the command line with ShellSend