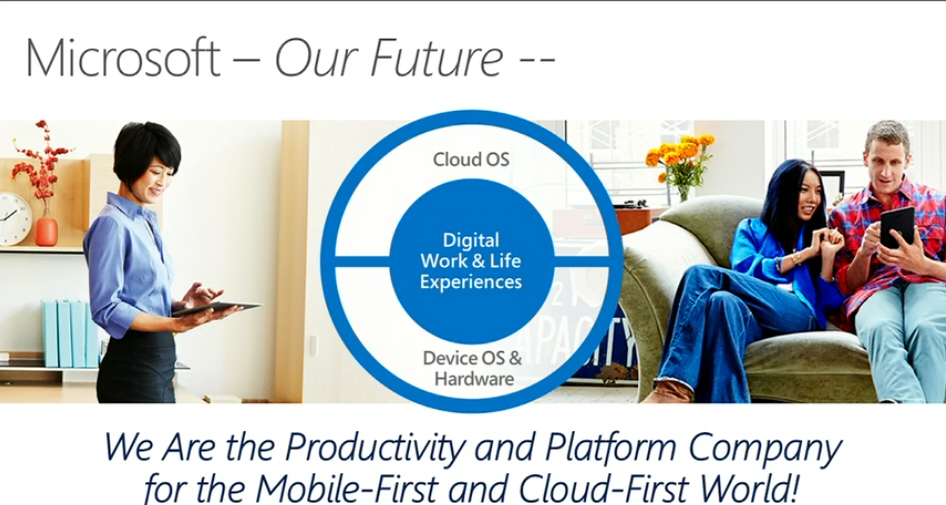 The Vision Keynote for the WPC 2014 has ended now, and Microsoft covered a wide range of topics, and even delivered some surprising news -- Windows Phone is apparently now the fastest growing mobile operating system, with more shipments than iPhone in 24 markets.

Microsoft also talked about forthcoming Windows devices, including $99 tablets, and even had some news about the next version of its operating system, Windows 9. If you didn’t attend the conference, and would like to know more about what Microsoft revealed, you can watch the keynote here. And because it’s not live, you can even skip through all the boring bits, and the music!

During the keynote, Microsoft's chief operating officer Kevin Turner told attendees that the tech giant was "really listening and taking feedback" about the next version of Windows from consumers, developers, partners and business customers, so that sounds hopeful. Windows 9 will also offer "game changing functionality for enterprise", apparently.

It sounds like more of the Windows OS functions will be moving into the cloud too, which not everyone will be pleased to hear.

It’s a wide ranging keynote, packed with lots of interesting details, and you can now watch it below.

Let us know what you think about what Microsoft had to say in the comments.