Do Not Track is bolstered by EFF's Privacy Badger extension 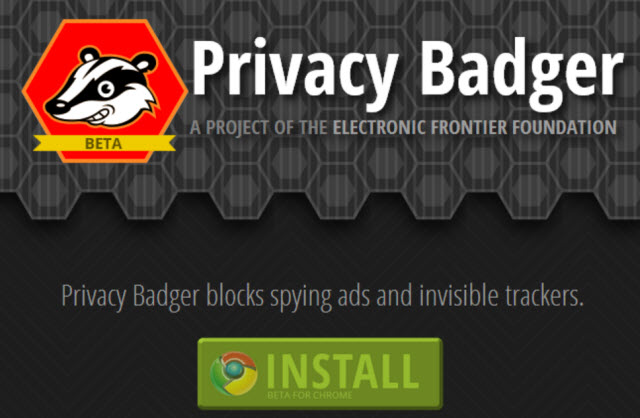 Online security and privacy are hotter topics than ever. Just this weekend, Edward Snowden made an appearance at the Hope X 2014 hacker event, and called for those in attendance to help make encryption tools easier to use. Another fierce advocate of online privacy is the EFF (Electronic Frontier Foundation), and today the group released a beta version of Privacy Badger, a beautifully named extension for Chrome and Firefox designed to stop a number of tracking techniques used online. The idea of tracking cookies is something that will be familiar to most, but tracking takes many forms, including advertising and social media. Privacy Badger aims to block this tracking.

Peter Eckersley, EFF Technology Projects Director, said: "Widgets that say 'Like this page on Facebook' or 'Tweet this' often allow those companies to see what webpages you are visiting, even if you never click the widget's button. The Privacy Badger alpha would detect that, and block those widgets outright. But now Privacy Badger's beta version has gotten smarter: it can block the tracking while still giving you the option to see and click on those buttons if you so choose".

The beta release follows an alpha version which was unleashed three months ago. So far, an estimated 150,000 people have installed the extension and the latest version introduces a feature that offers further protection and social widgets. But rather than just blocking 'Like' and 'Tweet this' buttons, Privacy Badger actually replaces them with benign yet functional versions -- so you can still 'like' an article you have read, but now you can do so without revealing more about your online reading habits.

EFF is a supporter of Do Not Track and in many regards Privacy Badger can be seen as an extension of this. "Users who install Privacy Badger aren't just getting more privacy and a better browsing experience for themselves -- they are providing incentives for improved privacy practices and respect for Do Not Track choices across the Internet", said Eckersely. With many companies choosing to ignore Do Not Track requests, this extension provides a way to send a clear message to guilty parties.