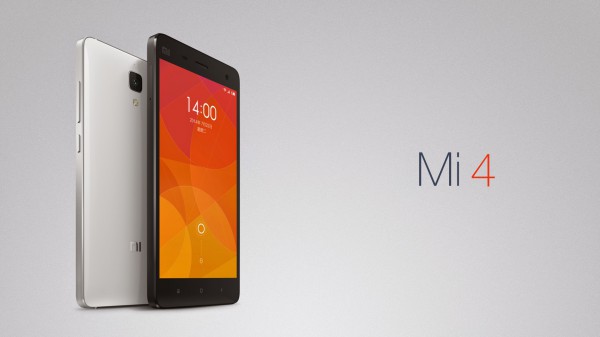 Chinese maker Xiaomi has unveiled its new flagship Android smartphone. Dubbed Mi 4, it is described by the company's Global VP Hugo Barra as the "fastest & most gorgeous Mi Phone ever".

Mi 4 comes with hardware specifications that are typical of an Android flagship announced in 2014. It packs a 5-inch IPS display with a resolution of 1080 by 1920, and is powered by a quad-core Qualcomm Snapdragon 801 processor. Pretty standard stuff, except for the price.

According to Barra, Mi 4 will cost roughly $320 for the 16 GB version and $400 for the 64 GB model. Similar handsets from fellow vendors Google (Nexus 5) and OnePlus (One) command about the same prices.

The main, 13 MP camera (a Sony IMX214, for the curious among you) has an unusually-large aperture of f/1.8, offers real-time HDR, and can record video in 4K. The secondary camera has the same aperture, but has only an 8 MP sensor, albeit with a wide-angle lens on top that can cover 80 degrees (a Sony IMX219 unit).

The back plate can be swapped for a different version (there are 12 in total, per Barra's posted photos). Mi 4 comes with UMTS (maximum speeds can be achieved on HSPA+ networks) and TDD-LTE cellular connectivity, with FDD-LTE availability to be announced later down the road. Customers can opt for a $16 insurance policy, which covers screen and water accidents.

There is no word yet on the date of launch or the version of Android Mi 4 runs.