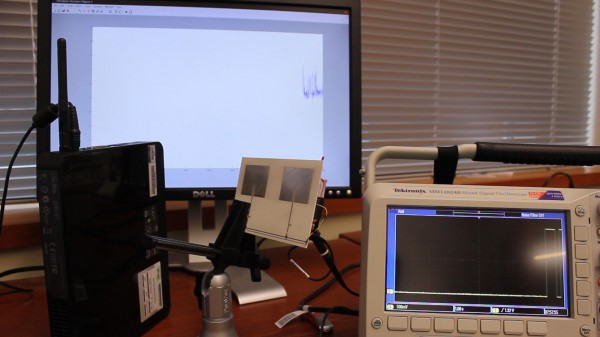 Smart devices that lack a battery or wire connection but can still send data over Wi-Fi, have been created by computer scientists.

Experts from the University of Washington have developed a way of using radio frequency (RF) signals as a power source for smart devices and reusing existing Wi-Fi infrastructure to provide connectivity to them.

Because conventional, low-power Wi-Fi consumes three to four orders of magnitude more power than can be harvested in these wireless signals, the scientists developed an ultra-low power tag prototype with an antenna and circuitry that can talk to Wi-Fi-enabled laptops or smartphones while consuming minimal power.

These tags look for Wi-Fi signals moving between the router and a laptop or smartphone. Data is then encoded by either reflecting or not reflecting the Wi-Fi router’s signals. Wi-Fi-enabled devices including laptops and smartphones would detect these minuscule changes and receive data from the tag.

According to the research team, Wi-Fi Backscatter could "pave the way for the rapid deployment and adoption of RF-powered devices and achieve ubiquitous connectivity via nearby mobile devices that are Wi-Fi enabled".

“If Internet of Things devices are going to take off, we must provide connectivity to the potentially billions of battery-free devices that will be embedded in everyday objects”, said Shyam Gollakota, an assistant professor of computer science and engineering at University of Washington.

“We now have the ability to enable Wi-Fi connectivity for devices while consuming orders of magnitude less power than what Wi-Fi typically requires".

The research team say they used off-the-shelf devices such as Intel Wi-Fi cards and Linksys routers to achieve data transmission rates of one kilobit per second and a range of two metres, although plans are to extend the range to about 20 metres.

4 Responses to Wireless devices that don’t require any batteries