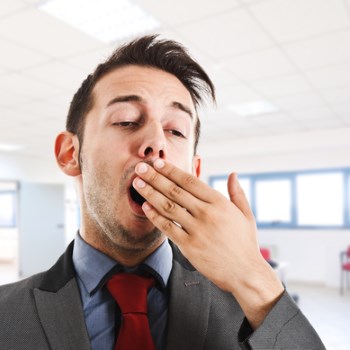 Let's cut to the chase. No, they shouldn't. The iPhone used to be exciting and interesting. It used to be aspirational and high-end. Now the world and his dog has an Apple handset and it's turned from something special into a poor substitute for one of the countless alternatives. This is not to say that the popularity of the device in itself makes it less appealing, but it certainly seems to have made Apple lazy. Innovation has gone out of the window. We've had the same design for the handset for what seems like an eternity. It looks as though there might be something of a change in style this time around, but is this really enough to make the iPhone exciting -- or even interesting -- once again?

By far the biggest problem with the iPhone is the lack of choice. While Android users (and even Windows Phone fans) have a huge number of handsets to choose from, the same cannot be said of those sucking on Apple's teat. Things did improve slightly when the 2013 iPhones were released, but you're still stuck, essentially, with two phones to choose from -- the really expensive over-hyped one, or the pale imitation wannabe version. Some choice. To be clear… I've been an iPhone owner. It's a functional phone, but Christ it's dull.

Look to Android. I'm not going to talk about the number of apps available to download, nor necessarily the quality -- there's a load of crap on any platform -- but the range, the variety is impressive. There are apps that iPhone users can only dream of. Custom launchers. Third party keyboards. Just two examples. Actually, as of iOS 8, third party keyboards are an option, but how many years did this take to arrive? This isn't innovation, this is playing catch-up -- there was a three year wait for copy and paste, don't forget. This is an accusation usually leveled at Windows Phone, but after seven years there really is very little difference. The screen is absolutely minuscule by modern standards.

After more than two thirds of a decade, there are essentially two phones to choose from. The only real options are a choice of chassis material, color, and the amount of storage. There is now the annual talk of the next version of the handset. At an as of yet unconfirmed date in the coming week, some face of Apple will try to excite an audience as he (for it will be a man) reveals the iPhone 6 with a very slightly larger screen, a slightly faster processor, and -- oooo! Shock! Horror! -- maybe even a different form factor. The "surprise" last time around was a fingerprint scanner -- which may as well have been a penis scanner for all of the interest it generated. Actually a penis scanner would have been infinitely more interesting. What's the surprise going to be this year? Curved screen? A built-in radio? Thinner bezel?

The thing is... we just don’t care. The iPhone is run of the mill. It is predictable. It's just plain boring. Android is where it is happening. Android is where consumers are given the variety, choice and flexibility they deserve. There are endless handsets to choose from. Sure, some are a bit crappy, but there are plenty that can equal or exceed the iPhone build quality. And more importantly, they don't have iOS installed, with all of its restrictions and limitations, with its horrible, uncustomizable look, with its... dullness. There's just no passion there.