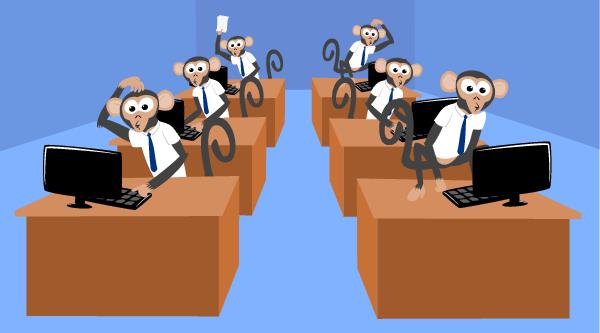 The BBC is looking to create a new generation of code monkeys with a programming push in schools throughout England. Of all the subjects available to study at school, computer science, IT, computing (call it what you will) isn’t exactly, you know, sexy and exciting, but the Beeb is hoping to change that. Back in the 1980s the BBC -- the UK's license free subsidized public service broadcaster -- spearheaded a drive to popularize computing in general, but particularly programming. Three decades later, the new initiative includes plans for not just one, but several programming-themed TV shows aimed at children.

The BBC has already held talks with Microsoft, BT, Google and Samsung, and has managed to sign agreements with between 10 and 20 partners to help with the new endeavor. In addition to the TV shows, there will also be a range of study guides and other material made available at BBC Bitesize, the broadcaster's online education resource. Jessica Cecil, controller of the BBC's coding and digital creative initiative, said: "It's about giving the next generation a chance to shape their world, not just be consumers in it."

While the TV shows will start broadcasting in the fall, the full study program won’t roll out until early next year. The initiative has been designed to be as inclusive as possible, with some components having been designed for children of primary school age -- the full curriculum will follow school kids through their education up to the age of 16. While older children have "algorithms, data representation and binary" to look forward to, the younger ones get started with "debugging programs, writing animation code and explaining how the internet works".

As a public service broadcaster, the BBC is obliged to be impartial, so care has to be taken that any partnerships that may be forged do not become "too close". But the latest venture has been welcomed by Eben Upton, from the Raspberry Pi Foundation. "I think it's a fantastic initiative -- the BBC is getting back to its roots and advocating for computing education in the same way it did in the 1980s, but with all the advantages of doing it with a modern, internet-enabled platform. The bits and pieces I've seen so far look very promising".