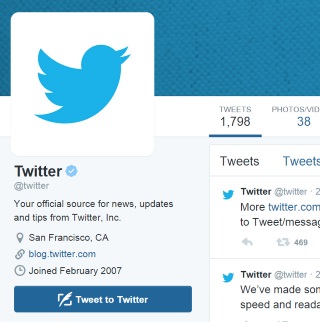 Many Twitter users have become frustrated by a problem with the social network. Increasing numbers of people are finding that they see tweets from people they do not follow. Twitter CEO, Dick Costolo, has an explanation: it's your own fault. He's not talking about promoted tweets or anything like that, but tweets that have been favorited by people you follow. The explanation came over the weekend in a couple of tweets in which Costolo put the appearance of such tweets down to users' impatience.

@AstroKatie you only see favorites if you pull-to-refresh 2x and there have been no new tweets from accounts you follow either time....

All clear? No? Costolo expands on his reponse:

@AstroKatie ...2x request for more content is a strong signal that person wants more content. So the goal is to respond to that well.

So you refresh your feed twice in quick succession because you need to feed your tweet addiction. But Twitter doesn't let the fact that the people you follow have not provided any more content to deliver to you stop it. Rather than admitting defeat, Twitter will show you tweets that your followees have favorited -- because no one could just wait a little longer for something new that they might actually want to read, could they?