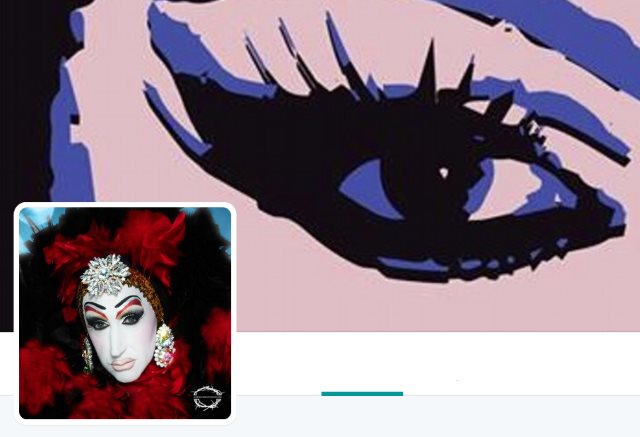 Facebook's policy requiring the use of real names on the social network is not all that new, but it remains controversial. Many users would like to be able to use a nickname (other than the "variation of your real first or last name" permitted by the site), but Facebook continues to insist that forcing the revelation of birth name "helps keep our community safe". Or does it? There's certainly an argument that suggests it makes sense to know who you are dealing with, but this cannot be a one-size-fits-all policy. There will always be exceptions, and this is something highlighted by ReadWrite.

As Selena Larson points out, there are many people who choose to use "pseudonyms online for both safety and personal reasons". And yet the site is trying to force Sister Roma -- a drag artist and member of Sisters of Perpetual Indulgence, a "leading-edge Order of queer nuns" -- to use her birth name rather than what is being regarded as her stage name. Who is Facebook to try to interfere with this? This is the site that only recently was encouraging its users to boost their privacy by checking the settings they had in place. It smacks of giving with one hand and taking with the other.

As reported by the Daily Dot, Sister Roma was this week singled out by Facebook. She explains that: "I was automatically logged out and told my account was suspended because it appears that I'm not using my real name", Sister Roma told the Daily Dot. "I was instructed to log in and forced to change the name on my profile to my legal name". If you head over to Sister Roma's Facebook page now, you'll find that she appears under her birth name of Michael Williams. She has complied with Facebook's demands, but is not happy about it:

In light of the new demand by Facebook that we use our "real" names I am considering shutting down my personal page to concentrate on my "FAN PAGE." I update it an interact as much as I can but I detest the idea of having a fan page. I'm not fucking Britney Spears. I have friends, not fans. At any rate, please follow me there cause this profile may be coming to an end.

There are many people in a similar position to Sister Roma. Countless artists -- musicians, actors, writers -- use a name other than the one that appears on their birth certificate. What level of safety Facebook thinks it is bringing about by forcing these people into using their "real" name on the network is not quite clear. Instances of it are just going to be confusing. Think of Sister Roma, and that's the name that comes to mind, not Michael Williams. Think of Elton John and you don’t first think of Reginald Kenneth Dwight. Sting is not Gordon Matthew Thomas Sumner to many people. U2's Bono is Bono, not Paul David Hewson.

A few weeks ago I asked whether Twitter was right to block accounts that shared ISIS beheading footage. Consensus was that while it might not be "right" to block such content, Twitter is -- of course -- within its right to do pretty much what it wants. Having signed up for an account and agreed to the terms of service, users are bound to certain terms and conditions. But this does not mean that these terms and conditions should not be questioned.

This issue is discriminatory against transgender and other nonconforming individuals who have often escaped a painful past. They've reinvented themselves or been born again and made whole, adopting names and identities that do not necessarily match that on their driver's license.

There is now a petition underway to try to help Facebook see the error of its ways. Whether it pays off is anyone's guess, but Sister Roma's frustrating situation publicizes an important issue. It is often people in the public eye who choose to use a pseudonym. While this is done out of preference, it has the happy side effect of offering a degree of privacy and protection to family members. Ultimately Facebook needs to remember that it is a website -- nothing more. Its approach to privacy over the years has annoyed, irritated and driven away many people, but now is the time for the network to stop throwing its weight around. If I want to be called Rebecca the One-Legged Unicorn on Facebook, why should I not be able to?

Of course, Facebook can impose whatever rules it wants to, but it should also expect to be asked to justify its policies.