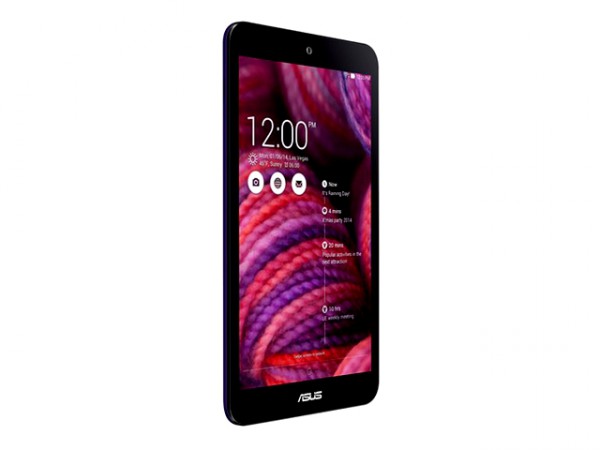 While we all await the arrival of the next Nexus from Google -- and the wait isn't likely to be very long now -- other low cost Android tablets are trying to attract both our attention and our cash. Asus has a good track record in this respect. Lest we forget, Asus was in fact Google's partner for the last Nexus tablet, though it looks like Google may be ringing the changes in terms of a hardware partner this time round.

Anyhow, what we have here is the MeMO Pad 8, the latest in a line of smaller format, lower cost tablets from Asus that are designed to cater to our desire for a larger than phablet screen that's still potentially pocket-friendly in size and wallet-friendly in price. The MeMO Pad 8 will set you back around £160.

In terms of looks, the Asus MeMO Pad 8 is plain and unprepossessing. The rounded corners and Asus branding on the front are not a surprise. The long edge screen bezel is pleasantly narrow, so that the 8-inch screen fits into a reasonably small chassis at just 125mm wide and 212mm tall. It might just fit into some pockets.

The build is robust -- I had to work fairly hard to bow the chassis -- and the back has a stippled finish that will help you hold the tablet securely one-handed. At 320g it is no bother to hold this tablet for long periods of time. At 8.3mm thick the Asus MeMO Pad 8 perhaps feels a little too chunky, but it's nothing to worry about -- this is a comfy hold.

Power and volume buttons sit on the inwardly curving right edge just as they do on the Asus-made Nexus 7. But there's a feature you don't find on that Nexus -- a microSD card slot sits on the left long edge. That means you can add to the 16GB of built-in storage, which is reduced to 11.1GB by pre-installed apps. Asus provides another storage option too -- its cloud facility gives you 5GB with an additional 11GB in the first year.

The 8-inch screen is LED backlit and delivers 1,280 x 800 pixels. That's far from ground-breaking, and when I sat the MeMO Pad 8 next to my Nexus 7, which packs 1,920 x 1,200 pixels into the smaller space of a 7-inch screen, the Asus came off notably worse. Even standing alone there is a slight fuzziness to text that I noticed most when reading websites or eBooks. The screen does have the saving grace of Asus Splendid -- an app that features across the Asus range, which lets you tweak the colour depth and saturation to your own preferences.

There are two cameras with a 2 megapixel affair on the front, and 5 megapixels on the back. Again this is not pushing any boundaries, and photos are somewhat grainy. Without a flash, low light indoor shots are disappointing. That's a pity, as there are some nice extras here on the software front, such as Time Rewind which shoots 31 photos over three seconds and lets you pick the best to keep. 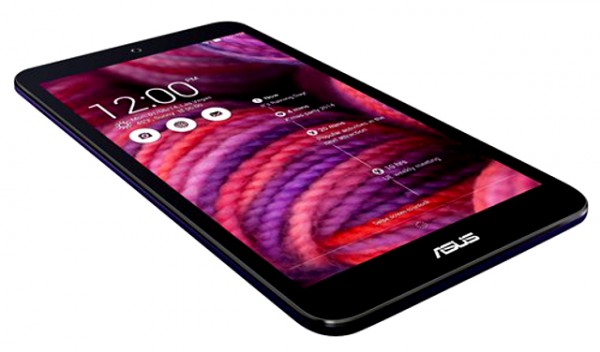 The Asus MeMO Pad 8 is equipped with Android 4.4 and Asus' own ZenUI. This delivers lots of tweaks to Android and might mean a bit of a learning curve for anyone moving over from a differently skinned or unskinned Android device, but there is lots here to like.

A particular favourite of mine is What's Next, which sticks a timeline on the lock screen so you can see what's coming up in your world without having to actually switch the MeMO Pad 8 on. What's Next picks up data from Facebook, Google accounts and other sources including the built-in calendar. 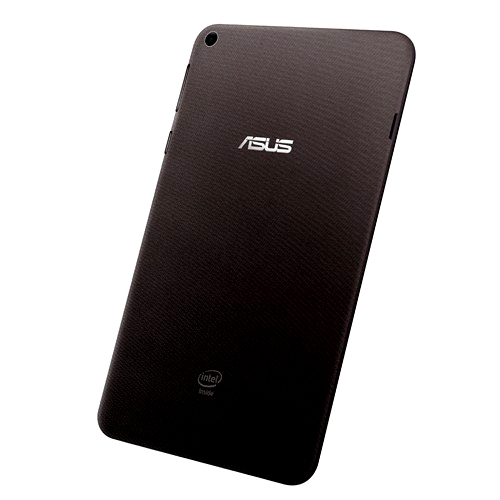 I also like the way Asus has skinned some apps. Calendar is among several apps to have been given an Asus-style makeover -- and the clean, sharp look, displaying multiple Google calendars as well as local only calendar entries, is very attractive. If you think of your tablet as a handy assistant for keeping on top of tasks, then the Quick Memo note taker and Do It Later task manager might have particular appeal.

On the other hand, some people might be a bit miffed at the sheer number of apps Asus adds to the Android natives. There's lots in addition to what I've already mentioned including Flipboard, Kindle, another notes app called SuperNote and more.

The Intel Atom Z3745 quad-core processor is supported by 1GB of RAM and coped well with standard tasks, but this processor is far from the cutting edge.

If you want a tablet for top notch games playing, you might do better to look for a more powerful processor.

Battery life, on the other hand, is quite good. The MeMO Pad 8 comes with a utility called Smart Saving which you can turn on and off from the notifications area. You can opt to customise this to get the most out of your battery, including setting up automatic screen brightness settings for different activities.

Asus has come up with a neat tablet here, but anyone with an eye on the MeMO Pad 8 might do well to wait just a little while longer to see what Google pulls out of the bag with its new Nexus.