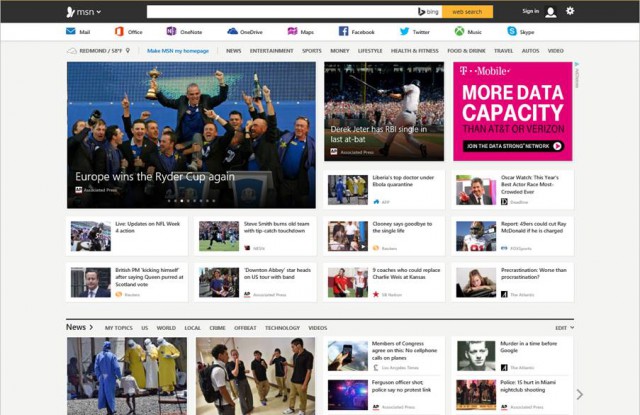 Microsoft did something rather unexpected earlier this month. The software giant unveiled a revamped MSN, saving the online portal from oblivion -- its biggest merit lately is being the default website for Internet Explorer. The new MSN looks great, connects users to Microsoft's consumer-facing cloud services, and can be tailored to suit their preference. It also makes it easy to trigger a search across the InterWebs. Heck, I have even said it might work as the Bing landing page.

Fast forward to today and Microsoft announces that more than 10 million users have tested the new MSN, with more than 80,000 of them also submitting feedback. Those numbers look really good. And they should, considering the online portal's Microsoft-focused audience. The feedback it has received must have been good also, as Microsoft announces it is rolling out the new MSN in the next three days.

Microsoft says that "more than 425 million people in over 50 countries around the world [...] come to the site each month", which makes this a very important change, that can either attract a bigger crowd or, in the worst-case scenario, alienate the existing user base. The way I see it, the former sounds much more likely. (As you can probably tell, I like what Microsoft has done with the new MSN.)

Microsoft is confident that you will love the new MSN so much so that it has even decided to rebrand the Bing app suite to MSN, on Windows and Windows Phone. The writing has been on the wall for the Bing brand on those operating systems, as the software giant has long removed it from app names. The MSN name hasn't surfaced next to the app's title, however, but it can now be easily seen once they're open. Corresponding MSN apps will launch on Android and iOS next, in "the coming months".

"While Bing will continue to provide search and intelligent experiences, now the apps will be branded to reflect their alignment with MSN as a premium experience for content, combined with personal productivity features", adds Microsoft. "Aside from Bing Finance, which will now be MSN Money, all of the apps retain their existing names".

At this point, I should mention that Health & Fitness and Weather for Windows Phone have received something extra in the latest round of updates, which mainly replaces the Bing brand with MSN. Lockscreen support for the latter has been extended to include additional weather information, while the former gains a step counter and GPS tracking information on the lockscreen on certain Windows Phones, like Lumia 630 and Lumia 1520. It's rather nice of Microsoft to do that; it certainly increases the value of those offerings and improves the mobile experience for users. Here's what those changes look like. 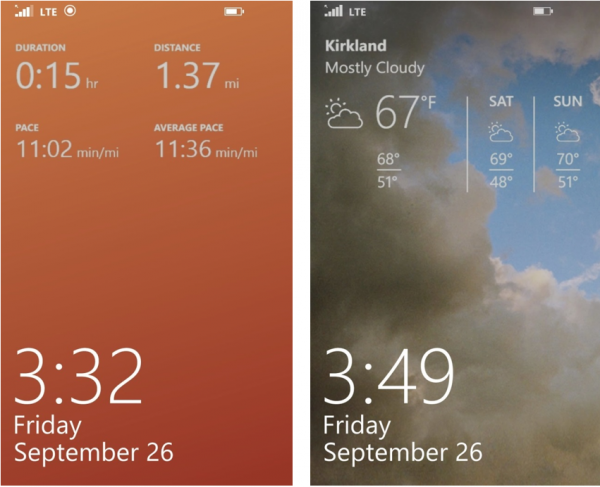 Microsoft reveals that it built the new MSN on its Azure cloud platform. It makes use of more than 30,000 cores and 100 TB for data storage -- that sounds rather impressive, doesn't it? Microsoft says it needed those sort of resources to deliver a "consistent experience" to its customers, no matter if they are using Money, Sports, Food & Drink or any other major feature of the new MSN. As it is customary in what Microsoft calls a "cloud-first, mobile-first world", Microsoft accounts tie users' preferences across the new MSN and today's major platforms, including Android, iOS, Windows, Windows Phone and the web.

For the new MSN, Microsoft has partnered with the likes of The New York Times, The Wall Street Journal, The Washington Post, CNN and AOL, in US, while, in other markets, it has teamed up with publications like The Yomiuri Shimbun, The Asahi Shimbun, Sky News, The Guardian, NDTV, Le Figaro and Le Monde.