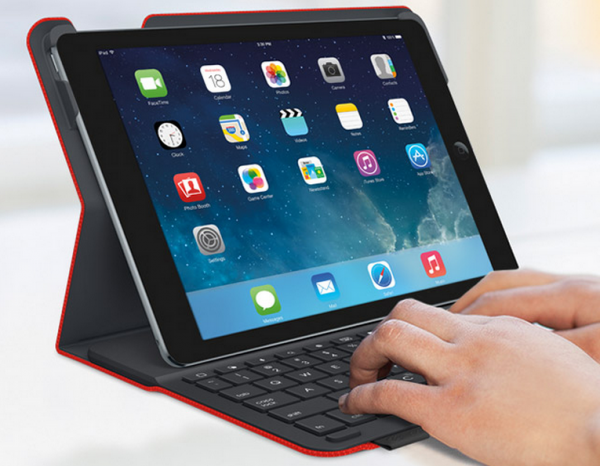 When it comes to smartphones, I am generally an Android guy; however, the iPad Air is my favorite casual tablet. While the Surface Pro 3 is my choice for best all-around tablet, there are some places I don't want to bring it, such as the bathroom. Yes, the iPad Air usually is with me when I am sitting on the toilet; sorry if that is TMI (too much information). With that said, the iPad Air can be a great all-purpose tablet too when coupled with a keyboard case; even outside of using the potty.

There are many companies that manufacture iPad keyboard cases, but in my experience, Logitech produces the most reliable and consistent offerings. In other words, the company makes great iPad accessories that consumers can depend on; I've yet to see a lemon. Today, Logitech announces the Type+ Protective case with integrated keyboard for iPad Air and it looks pretty sweet.

"The new Logitech Type+ takes the design of our most popular thin, light and two-sided protection that helps guard your iPad from the accidental bumps, scratches and spills. And now it features an improved Bluetooth keyboard. We've designed the new keyboard to replicate the typing experience and layout you would have on your laptop -- so now you can smoothly transition from one device to another without losing speed or accuracy. We've done this by optimizing the distance between the keys, and adding a dedicated row of iOS shortcuts that put navigation of your iPad at your fingertips without needing to reach out and touch your iPad's screen", says Logitech. 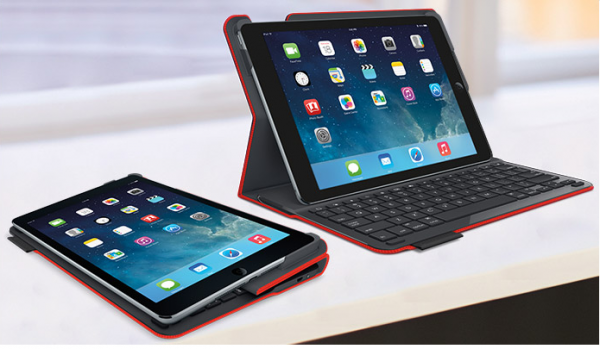 The manufacturer further explains, "the Logitech Type+ keyboard also has an automatic On/Off feature; when the iPad is positioned upright, the Logitech Type+ automatically turns on, and when it's closed, it automatically turns off. In addition, the auto-wake and auto-sleep feature turns your iPad off when you close the case and wakes it when you open the case so your iPad is ready anytime you need it". 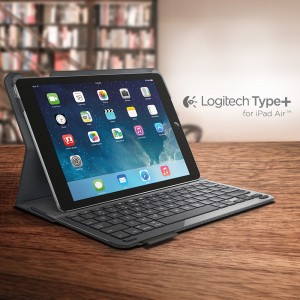 Having the keyboard automatically turn on and off depending on the position of the tablet is huge. I have experienced other keyboard cases that do not offer this, and while it isn't a deal breaker, accidentally hitting keys can be annoying. Not to mention, this auto on/off feature should also conserve battery, as the user can't forget to turn it off when not angled for use. I really like the shape of the keys too, being square and not circular; this is a smart design choice by Logitech.

If you own an iPad Air and need a keyboard case, this is likely the one you want. It is available in orange and black, for a reasonable $99.99. For a single "Benjamin", you can turn your Apple tablet into a mini laptop, while also protecting the screen and body from damage. If you want to pre-order, you can do so here.