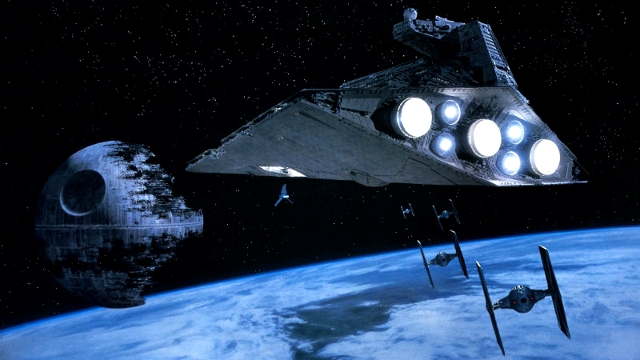 Business agility is the "ability of a business system to rapidly respond to change by adapting its initial stable configuration". So far, so Wikipedia -- and I'm pretty bored already. But what if we can look at the concept from a slightly more interesting angle, and work out some business agility tips you can use? Star Wars, anyone?

There are few examples of non-agile organization greater than the Galactic Empire. It's huge, sprawling and paralyzed by bureaucracy. It loves enormous, costly prestige projects and is controlled top-down by what can only be described as the Universe's worst micro-manager. And in the end, it's defeated by a bunch of what are basically teenagers. Remind you of anyone? Let's take a look at what we can learn about business strategy through the medium of Star Wars. I can at least promise that it's not nothing.

There's a lot we could learn from the Empire's failed attempt at building a planet-destroying laser space station, known as the Death Star. There are few projects that suffer from slowpoke business strategies more than infrastructure projects, and this is possibly the biggest infrastructure project ever imagined. If you're building a space station the size of a small moon, you have a lot of teams butting heads, I can tell you.

That's why the agile process could have come in handy, if Emperor Palpatine had got his head around the startup mentality. The agile process is completely different from the traditional or waterfall process for developing projects or software, not just slightly different.

Working in smaller increments is a big part of the agile process, and it can take some time to adjust to, especially if you've been doing traditional business analysis for some time.

For instance, don't peg all your success on completing your moon-sized battle station without putting some smaller, more achievable goals in place along the way. Why not set out some realistic time-based goals and have several teams working towards those over allotted periods? After all, some more agile organization might just come and make your enormous costly prestige project somewhat... redundant.

Hold agile meetings, with no strangling

In many businesses, meetings are a source of serious wheel-spin. They start late, run long, don't achieve much in between and have poor follow-up. The Galactic Empire holds some of the worst meetings we've ever seen. They're full of people failing to listen to each other’s opinions, butting heads and failing to use time effectively. Also, one guy gets strangled using the power of the force. Extremely non-agile.

Make sure to time-box the meeting overall (for example, set a time limit of 45 minutes), individual agenda items and especially presentations. Get people used to the fact that you will guillotine anything which runs over -- be ruthless, but you know -- not force-strangling ruthless.

Frame the purpose of the meeting as a question: for instance, "how do we best ...?" -- don't just waltz into a room and declare that you've disbanded the Galactic Senate.

Deftly-facilitated individual meetings and a well-designed portfolio of recurring meetings are essential. Their absence means every hot-potato issue which comes up has to be handled through ad-hoc meetings, which is what typically tips most organizations into meetings overload in the first place. The key is little and often -- but most importantly, regular.

Sometimes it's not easy to ask the tough questions. For instance:

You want to get all the skeletons out of the closet and into the open as early as possible in any project, before it's too late. What's the single most important thing this project needs to do? Anything keeping you up at night? Everyone clear on what success looks like?

Check out the Agile Inception Deck for ten questions you'd be crazy not to ask before beginning an agile project. Something the Emperor would have done well to consider. 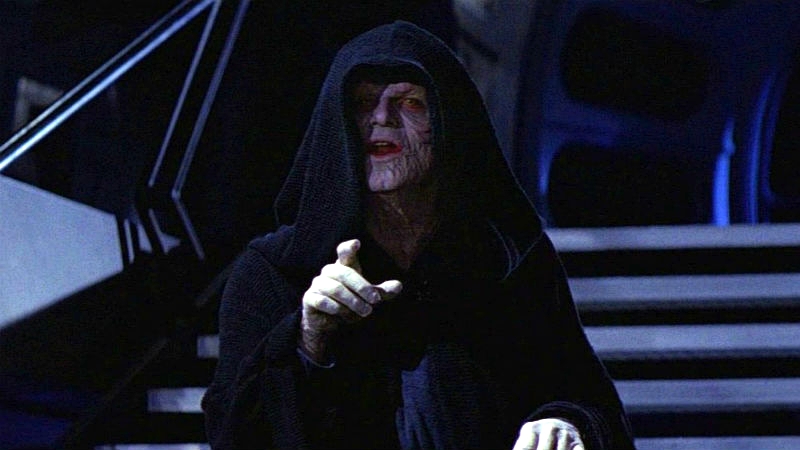 The Galactic Empire isn't known for giving its employees a lot of leeway. Maybe if there'd been more freedom to operate effectively and ask the right questions, they could be happily demolishing unruly planets left, right and center. But no: the Emperor and his lackey Darth Vader go around ordering people to do this, commanding them to do that, strangling them and worse when they don't obey. This isn't how you should run your agile business.

Teams work best when they can take initiative, solve their own problems, and think for themselves. They can't and won't do that if they are highly dependent on you.

It might seem intuitive, but as a team leader, the best thing you can hope for is that you make yourself obsolete.

Switch off your targeting computer

Everyone remembers the scene where Luke Skywalker is flying down the Death Star trench, and the voice of the deceased Obi-Wan Kenobi tells him to switch off his targeting computer. He has to learn to trust his instincts, and the force and whatever. Agile business processes can be a bit like that.

Start with the minimum of requirements, and anticipate changes. Iterate your project over and over, and automate as much as possible. This is about responding to change rather than slavishly following a plan. It's about recognizing the limits of planning in a turbulent environment. So you might have set yourself targets to guide you to where you want to be, but somewhere along the line you might have to switch off your targeting computer. All we can say is that when that moment comes, we hope the force is with you.

One Response to The Star Wars approach to business agility