How many times a day does the average person check their phone? 221, apparently 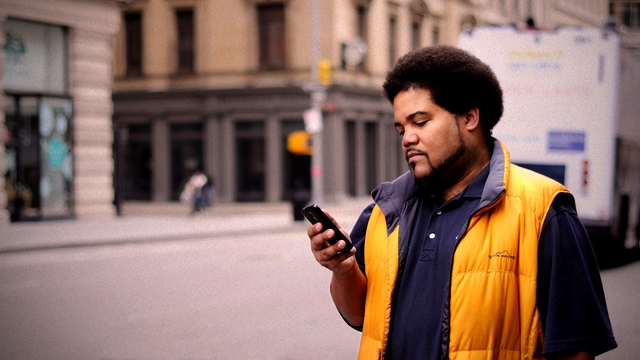 A new piece of research has looked into the amount of times that British smartphone users check their handset and carry out a task on it every day -- and the answer is 221 times, on average. Which begs the question: how many times a does a true smartphone addict check their device?

At any rate, the survey of 2,000 UK smartphone users, courtesy of Tecmark, found that most folks first look at their phone at 7:30 in the morning, to check emails and then the Facebook app (no surprise there). Early morning tasks which are still carried out in bed by many are reading recent news updates, and looking at the weather forecast -- as well as sending a couple of texts.

Online banking and checking train times are also popular tasks for earlier in the day.

The survey noted that the average smartphone owner uses their device for three hours and sixteen minutes per day -- which is quite a staggering figure when you add that up over the week. Indeed it's almost a full 24 hour day, and well over a day when sleeping time is taken into account.

Many of those surveyed confessed that they picked up and used their phone without even realizing -- indeed two-thirds of respondents said they found themselves firing up and browsing through Facebook without even thinking about it.

Four in ten folks admitted that they'd feel "lost" without their phone.

It's certainly the primary gadget in people's lives now, with the desktop or laptop computer only being used for 140 tasks per day on average, over a third less than the smartphone.

Richard Heyes, Managing Director for Tecmark, commented: "More than 1,500 times a week is a lot of times to pick up a small gadget like a mobile phone and demonstrates perfectly just how ingrained in our daily lives our smartphones have become. For most of us, it's now second nature. And certainly we're not surprised to see this huge reliance on our handheld devices. But many people may not realize just how many times a day they check their phone or carry out a simple task on it".

He added: "It's so much easier checking your phone for Facebook updates rather than waiting for a desktop or laptop computer to load -- we don't have that much time in the mornings".

5 Responses to How many times a day does the average person check their phone? 221, apparently