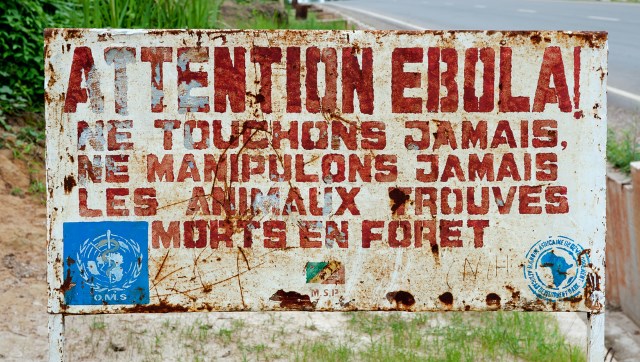 Mention web or mobile surveillance, and you're sure to raise a few hackles. But the current Ebola outbreak is showing that the data collected from handsets can be extremely useful. The idea of tackling a disease with 'big data' gathered from mobile phones might seem a little odd, but it's actually an incredibly valuable source of information. Telecom firms such as Orange have been working with data scientists, using anonymized data gathered from phones to track population movement in regions affected by Ebola.

The BBC points out that even in relatively poor countries in Africa, mobile phone ownership is still high. Experts have been able to use this data to determine the best places to set up treatment centers, and it's an idea that has been pounced upon by the CDC.

Used in conjunction with existing data, information pulled from mobile phone masts helps to provide a broad overview of what is happening in any given area. For example, by monitoring mobiles, it would be possible to notice a spike in calls to health and helplines. This could be indicative of a problem in the area so resources could be better concentrated. Mobile phone masts can also be monitored to track changes in population movement -- compare current activity level to historic data and it's easy to see when patterns change.

Monitoring phone and web usage, even when done so anonymously, is generally frowned upon, but so-called 'big data' makes it possible to see trends faster than would otherwise be possible. Hospitals and health centers are tied up treating people and don’t necessarily have the time or resources to report back in real-time about the numbers of people they are treating. Analyzing previously unavailable big data allows for faster responses and better deployment of resources.

The technique is not new -- mobile phone data was also used during the cholera outbreak that followed the Haiti earthquake in 2010 -- but, while it helps to provide valuable data, it's still not quite enough. Frances Dare, managing director of Accenture Health, explains that data from other sources is also needed as well as the ability to successfully analyze it:

Big data analytics is about bringing together many different data sources and mining them to find patterns. We have health clinic and physician reports, media reports, comment on social media, information from public health workers on the ground, transactional data from retailers and pharmacies, travel ticket purchases, helpline data, as well as geo-spatial tracking.

Interconnected systems mean that it is also very easy to track the movement of groups and individuals around the world. Bank details, phone records, social media usage, and information from travel agencies can all be used to follow people from disease prone parts of the world. Should it be suspected that an individual is an Ebola carrier, the task of tracking them down is a great deal easier than it would have been a few years ago.

But the problem with big data is the very fact that it is big. Pulling in information from mobile phones, web searches, and population movement involves working with a massive amount of data. It is comparable to the NSA trawling the web and trying to pick out the few snippets of data that are useful. The analysis of big data is a developing art form, but it's one that's improving all the time. Surveillance and data collection isn’t always a bad thing after all.