I will be putting the Nexus 6 in my front pocket -- should I worry about bending? 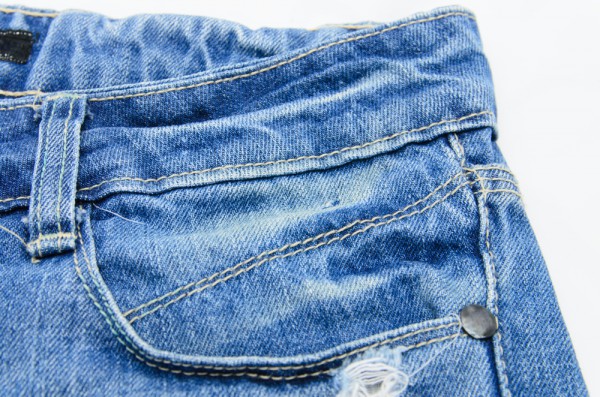 Of course, I ask this semi-facetiously, as I do not expect the Nexus 6 to bend at all. Heck, I keep all my smartphones in my front pocket, and have yet to experience any bending or damage. Sure, smartphones are getting larger, often testing the limits of pocket size; however, manufacturers should know a consumer's expectation about front pocket usage, and should take that into account in design.

Lately, I have been storing the large phone de jour, the Galaxy Note 4, in the front pocket of both my jeans and khakis. Guess what? It remains flawless -- no bending. So why am I asking this question? The iPhone 6 and 6 Plus of course! The "Bendgate" scandal has been criticized by many, for various reasons. I have seen people say "of course aluminum bends", and my favorite, "you should not put it in your front pocket". Really? That is just silly, as again, Apple knows that consumers keep smartphones in their front pockets, and the company has never warned against the practice.

I stumbled upon quite the interesting website, called "One of the Nine". The domain name is genius, as it plays off of the infamous Apple assurance that it is rare for the iPhone to bend, and only 9 people had complained about the issue. The website started with a tongue-in-cheek search for those 9 people. As of today, there are 233 affected (thus far). You can spend hours on the site, scrolling through examples of the bent iPhone 6 and 6 Plus, often bent in the same place near the volume buttons. Keep in mind, there is no way to know if these people somehow abused their phones or bent them on purpose.

I don't mean to knock Apple, the iPhone 6 and 6 Plus are fine phones. However, if they are getting bent through being in a front pocket, that is a serious issue and design flaw. Apple is not alone here, as to a lesser extent, some have even claimed the same about the HTC One M8 (it never bent in my testing, though). It begs the question, should large smartphones not be kept in a front pocket? Well, I find this to be quite silly, because where else would you put it? Lets examine some possibilities.

None of these options would prove popular with consumers; the front pocket method of storing a smartphone is clearly here to stay, as is the large screen trend. There is only one reasonable solution -- manufacturers must put greater focus on designing phones for front pocket use. This means that maybe you do not try to make it as thin as possible and maybe you do not use malleable materials for the chassis. Ultimately, if a phone bends in a front pocket, the manufacturer has failed.

So to my original question -- should I worry about Nexus 6 bending in my front pocket? I do not think so. It appears to be adequately thick, and similarly designed to the second-generation Moto X, which has not seen any bending issues. I am confident that Motorola and Google have anticipated the scary front pocket, and designed the phone with it in mind. When BetaNews obtains the Nexus 6 for testing next week, I will be sure to keep it my front pocket and will report the results in our review.

Should the ability to keep a phone in a front pocket be a common-sense design focus? Tell me in the comments.

21 Responses to I will be putting the Nexus 6 in my front pocket -- should I worry about bending?